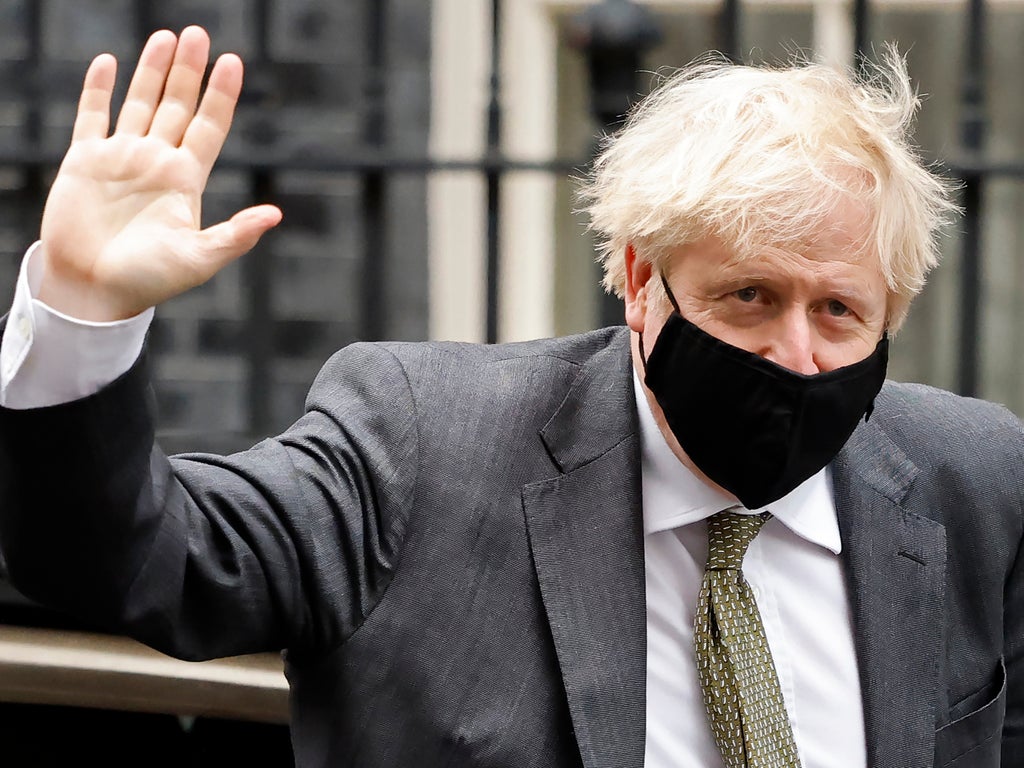 A member of the government’s Scientific Advisory Group for Emergencies (Sage) has told the i newspaper that Boris Johnson’s Cabinet has drawn up plans to introduce a new “firebreak” lockdown in the event that current rates of Covid-19 hospitalisations continue and threaten to overwhelm the NHS this autumn.

The unnamed expert warns that the UK is about to enter “an extended peak” of infections as the weather turns, which could overrun a health service exhausted after 18 months of battling the pandemic and already facing a backlog of treatments postponed when coronavirus became the priority last spring.

That could see the government reintroduce restrictions like mandatory mask wearing, social distancing and travel rules in time for the school half-term period, according to the newspaper, but a full lockdown would only be considered as a “last resort”.

“This is essentially the precautionary break that Sage suggested last year,” the scientist said. “It would be sensible to have contingency plans, and if a lockdown is required, to time it so that it has minimal economic and societal impact.

“We are going to be at a peak, albeit an extended peak, quite soon, so it’s not really the same situation as last year, when failure to reduce prevalence would have resulted in collapse of the NHS and people dying in car parks.

“Hospitals might be overflowing before deaths reach the same level. Acting early will prevent this level.”

But a government spokesman denied it was “planning a lockdown or firebreak around the October half term”, adding that it “retains contingency plans as part of responsible planning for a range of scenarios, but such measures would only be reintroduced as a last resort to prevent unsustainable pressure on the NHS.”

The Independent reported as early as 2 July that Mr Johnson’s administration was already exploring the possibility of reintroducing “extra precautions” should cases worsen in winter and that officials from Michael Gove’s Cabinet Office were involved in discussions with the chief medical officer, Professor Chris Whitty, about having plans in place should the tide turn once again.

The very suggestion of a new lockdown being prepared for – even a short one – was met with anger and dismay on Tuesday morning as the subject trended on Twitter, particularly given the success of the vaccine rollout this year and the possibility being raised less than seven weeks on from “Freedom Day” on 19 July.

Many blamed anti-vaxxer sentiment and fellow members of the public for discarding their face masks too quickly in the rush to return to normal while at least one person expressed themselves through the immortal words of Brenda from Bristol, aghast at learning there would be a snap election in April 2017: “You’re joking! Not another one! Oh for god’s sake, I can’t… Honestly, I can’t stand this…”

While the government’s dismissal of the i’s story was unambiguous, it is worth remembering that a lot could change over the next few weeks and that, when Mr Johnson announced the UK’s second national lockdown on 31 October 2020, the number of daily Covid infections stood at 16,479. That figure is now at 41,192, according to the government’s latest statistics.

While the number of people being admitted to hospital has fallen from 1,461 last Halloween to 988 on Monday, that figure could continue to rise and it is the threat posed to the functioning of the NHS that is now of most concern, especially with winter flu season just around the corner.

Another government source cited by the i claims the government will “seriously consider” a new lockdown if it must and comments: “While deaths are high compared to last year and are unlikely to hit the levels as seen last autumn because the vaccines are doing their job, it is the admissions that will push the NHS to the brink of collapse if they do not fall soon.

“If the current high levels of admissions for Covid continue the NHS will not be able to cope, so a firebreak lockdown is by no means out of the question.”