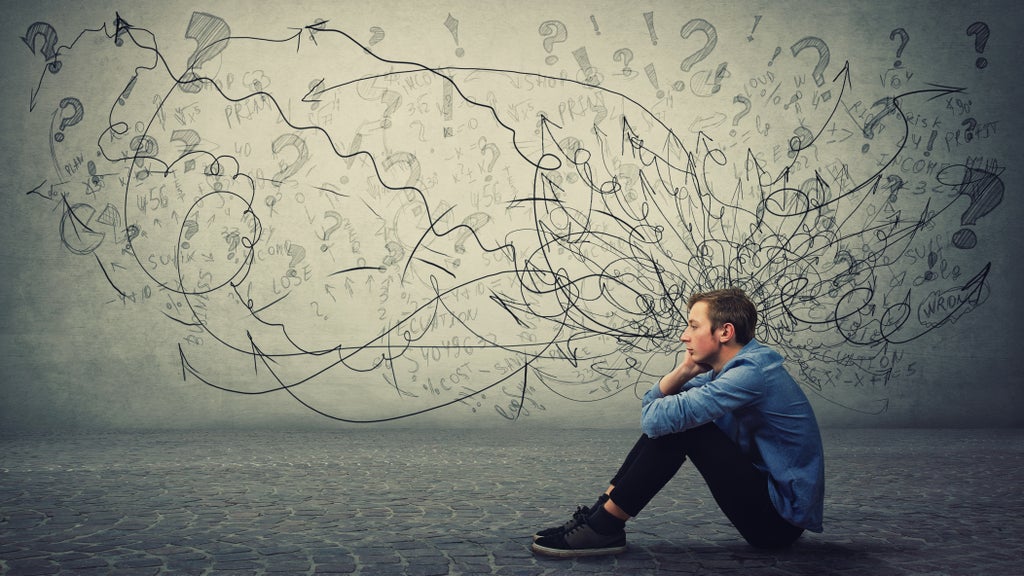 Many of us think of ADHD (attention deficit hyperactivity disorder) as a childhood condition – which is typically when it’s diagnosed. But a growing number of people are sharing their experiences of being diagnosed with ADHD in adulthood.

Social media has even played a role in this, with reports of people going to see their doctor after first learning about symptoms on TikTok. In fact, around 2.5 per cent of adults are thought to live with ADHD – including us.

Yet despite this growing awareness, many adults continue to struggle to get a diagnosis.

ADHD is a genetic neurodevelopmental disorder, in which the brain grows differently, lacking action from specific chemicals involved in pleasure and reward.

This means ADHD brains often search for ways to stimulate these chemicals, which is why people can experience inattentiveness, hyperactivity and impulsivity.

Common traits of ADHD include:

Symptoms are similar for both adults and children, although elements of them differ or change as we age. For example, inattention is the most persistent symptom in adults.

ADHD can be debilitating and is associated with higher likelihood of lower quality of life, substance use issues, unemployment, accidental injuries, suicide and premature death. In addition, ADHD can cost adults around £18,000 per year because of things like medical care or paying for social support.

It’s also commonly associated with a wide range of co-existing conditions in adults.

Around 70 per cent of adults with ADHD also experience emotional dysregulation, which can make it more difficult to control emotional responses. It’s also thought that almost all adults with ADHD have rejection sensitive dysphoria, a condition where perceived rejection or criticism can cause extreme emotional sensitivity or pain.

On top of this, adults with ADHD may have poor working memory – such as being unable to remember a simple shopping list – and “time blindness” (the inability to perceive time). Some may also have oppositional defiant disorder, which means they often react poorly to perceived orders or rules.

While none of these co-existing conditions are used to diagnose ADHD, they can make ADHD feel all the more difficult to live with.

Getting an ADHD diagnosis as an adult in the UK is notoriously difficult – with reports of some people waiting up to five years.

This is because you can only be diagnosed by a specialist psychiatrist. But even with a referral to a specialist, a person has to show clear evidence of almost all ADHD traits, having had these traits since childhood, and that they’re having a serious affect on their life – such as causing issues with work, education, or maintaining relationships.

For us, our experiences of being diagnosed with ADHD aren’t all that different from what other adults have gone through.

Like many people I (Alex) was only diagnosed with ADHD “by accident” after being referred to an NHS psychiatrist to get help with (what I now know to be) alcohol self-medication. Because of my ADHD, my brain demands quite extreme inputs most of the time.

Ironically, I’ve published scientific papers on ADHD and – probably due to a classic ADHD lack of self-awareness – it didn’t cross my mind that I could have it. The “label” has since helped me move away from feeling broken toward an understanding of my behaviour.

My main challenges remain prioritising tasks based on importance (instead of excitement) and quite extreme anti-authority behaviour (sometimes called oppositional defiance). I am also a terrible spectator, struggling to attend conference talks or sit still at the theatre – it can feel like physical pain.

On the other hand, I (James) was diagnosed pretty quickly because I used a private clinic – though there was still a long wait for medication. Yet I’d known for five years before this that I probably had ADHD, but coped with it well until the pandemic. The added pressure of isolation and increased workload impacted my mental health, so I sought a diagnosis.

Now diagnosed and medicated, life is getting easier to cope with – although there are still many challenges every day. I frequently get anxiety about the silliest things, like talking to a friend, but appearing on television is fine.

On a daily basis I forget many simple things, such as where I left my keys, or that I am running a bath. I struggle immensely with controlling my emotions and with rejection especially. For example, when no one responded to a joke I made about my ADHD on a senior management messaging group I was tempted to quit my job. I am utterly unable to pay full attention in meetings or seminars and cannot control my impulse purchasing.

While there’s a growing recognition of ADHD in adults, many people still live with it undiagnosed for any number of reasons – sometimes even because they’re unaware that what they experience is actually different from other people.

Understanding the condition in adults, taking it more seriously as a disorder, raising awareness of it, and investing in services to improve diagnosis times are key. Diagnosis opens the door to treatment, which can have a marked impact on living with the disorder – such as improving self-esteem, productivity and quality of life.