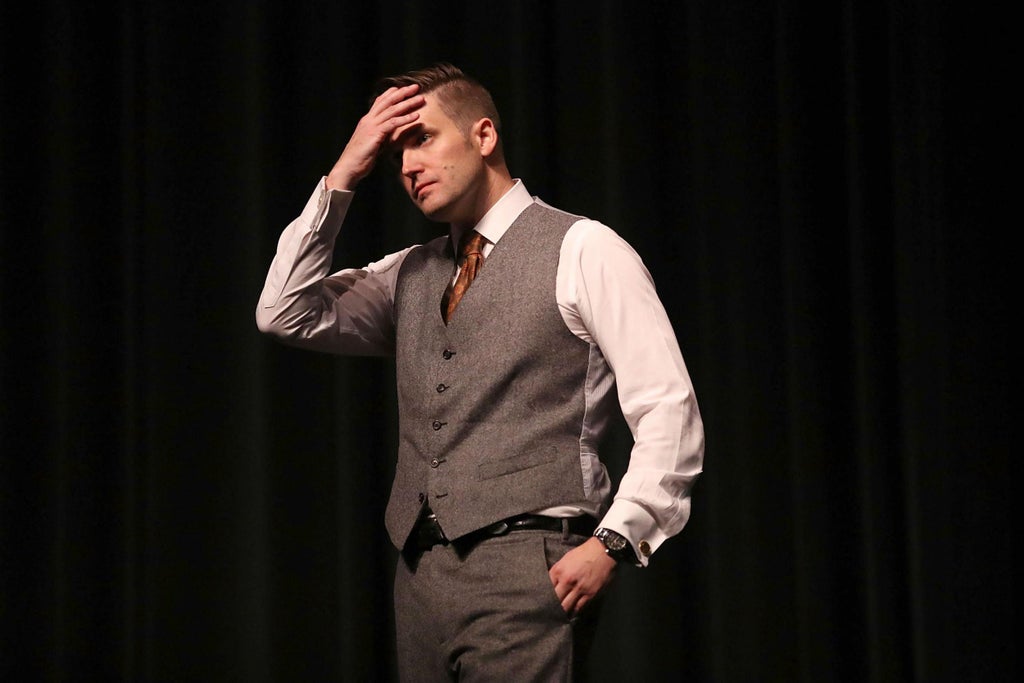 A white nationalist who came to prominence during former President Donald Trump’s first campaign for office now says he’s an outcast in the small Montana town where he moved to run a white supremacist think tank.

Richard Spencer, one of the most prominent leaders of the American white supremacist fringe, is reportedly persona non grata in the township of Whitefish, home to fewer than 10,000 residents, and finds himself unable to find seating at local restaurants and bearing the brunt of a social backlash resulting from an antisemitic campaign against a local real estate agent that he himself instigated.

The revelations were published in The New York Times on Sunday, which interviewed residents of Whitefish including Mr Spencer himself, who unlike in the past seemed eager to avoid public confrontations relating to his political views.

During the 2016 election and throughout much of Mr Trump’s presidency, Mr Spencer headed the National Policy Institute, a white supremacist organisation that has since shuttered, leaving its website offline. He now faces lawsuits over his participation in allegedly organising the Charlottesville 2017 “Unite the Right” rally which drew neo-Nazis and other white supremacists to the town and sparked massive battles with counter-protesters.

In January of 2017 as both pro-Trump supporters and counterprotesters descended on Washington DC for the inauguration of the 45th president, Mr Spencer was famously struck in the face by a masked person while giving an interview to reporters on the street. The masked individual was never apprehended.

Mr Spencer confirmed to the Times that he had faced the reality of being refused service at some restaurants in town in the past after a dispute between him and the real estate agent, Tanya Gersh, spilled onto neo-Nazi websites including The Daily Stormer and resulted in a wave of hateful messages aimed at Ms Gersh and some of the town’s Jewish residents.

That situation quickly exploded in the normally sleepy town, and resulted in many of the town’s residents hanging paper menorahs in their windows or offering other shows of support for the Jewish residents in their communities. In one instance, nearly 10 per cent of the town’s total population attended an anti-hate rally in freezing winter weather.

“There were menorahs in every window in Whitefish,” Ms Gersh told the Times. The mayor added that the last time he saw Mr Spencer was at a local restaurant, where he was summarily booed by a number of patrons as he entered.

“Richard Spencer wanted this to be his happy vacation place where he could play and have fun, and people would just live and let live,” the town’s rabbi, who was one of those targeted with antisemitic attacks emanating from The Daily Stormer, told the Times. “Then he started suffering social consequences for his hatred.”

Others told the Times that he was being refused service in some restaurants.

The town’s elected mayor, John Muhlfield, told the Times that the town’s decision to loudly rebuke Mr Spencer’s views in a unified manner was the only way to stop such views from spreading within local communities.

“You have to act swiftly and decisively and come together as a community to tackle hate and make sure it doesn’t infiltrate your town,” he said.