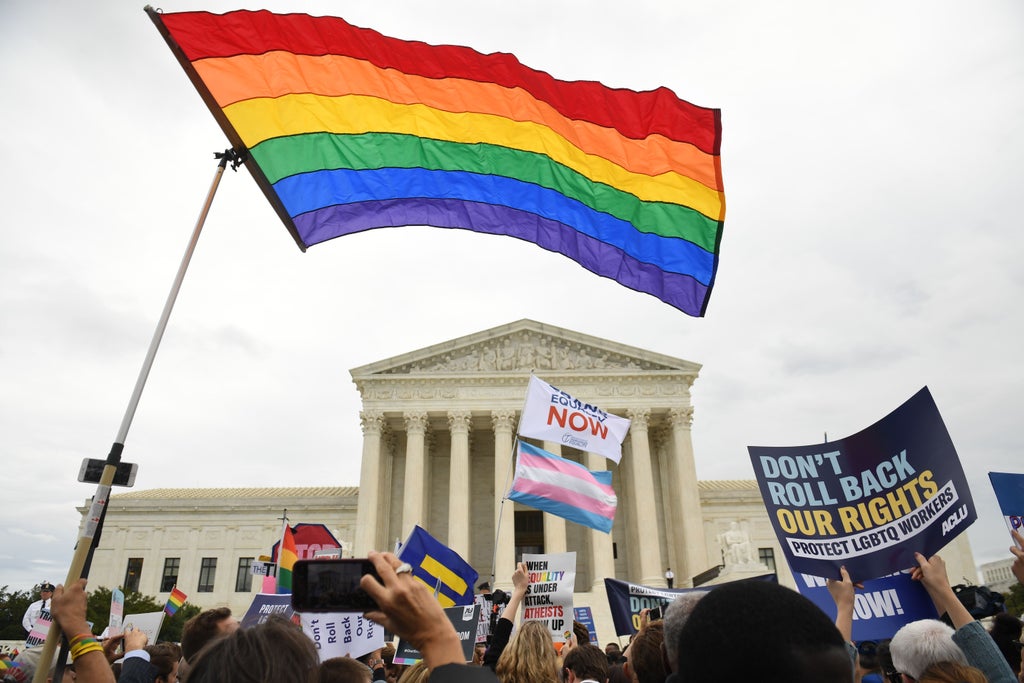 The Supreme Court decided against hearing arguments in a case over the constitutionality of restroom policies that prevent transgender students from using the bathroom of their choice in public schools on Monday, handing a victory to LGBT+ activists.

The decision to not hear arguments in Gloucester County School Board v. Grimm means that a lower court ruling that found such policies to be unconstitutional as well as in violation of federal Title IX protections will stand.

Mr Grimm, now 22 years old, originally sued his school district’s board after his school principal issued a policy restricting students to the bathrooms corresponding with their gender at birth, forcing Mr Grimm, who identifies as male, into the women’s restroom.

The case proceeded through the courts for years and in 2020 resulted in a victory for Mr Grimm and the American Civil Liberties Union (ACLU), which represented his case, at the federal appellate level when a panel of judges ruled in his favor.

On Monday, Mr Grimm and the ACLU both celebrated the court’s decision, which they described as an end to his legal fight but not of efforts to discriminate against transgender Americans, particularly students.

“I am glad that my years-long fight to have my school see me for who I am is over. Being forced to use the nurse’s room, a private bathroom, and the girl’s room was humiliating for me, and having to go to out-of-the-way bathrooms severely interfered with my education,” said Mr Grimm on Monday.

“Trans youth deserve to use the bathroom in peace without being humiliated and stigmatized by their own school boards and elected officials,” he added.

ACLU senior staff attorney Josh Block added that the decision was “an incredible victory for Gavin and for transgender students around the country.”

“Our work is not yet done, and the ACLU is continuing to fight against anti-trans laws targeting trans youth in states around the country,” added Mr Block.

The Supreme Court’s decision to deny certiorari in the case comes as states across the country have unleashed a wave of legislation targeting transgender adults and children in the months following the 2020 election.

The Human Rights Watch warned in May that conservative-led states were on a record-setting pace for passing anti-LGBT+ legislation. Arkansas has gone the furthest, and earlier this year became the first state to ban gender-affirming therapy for transgender youth.

“The rights of LGBTQ people — and especially transgender people — across the country are being systematically threatened and undermined by national anti-LGBTQ groups coordinating with anti-equality lawmakers to wage an unprecedented war on the LGBTQ community,” the group warned at the time.