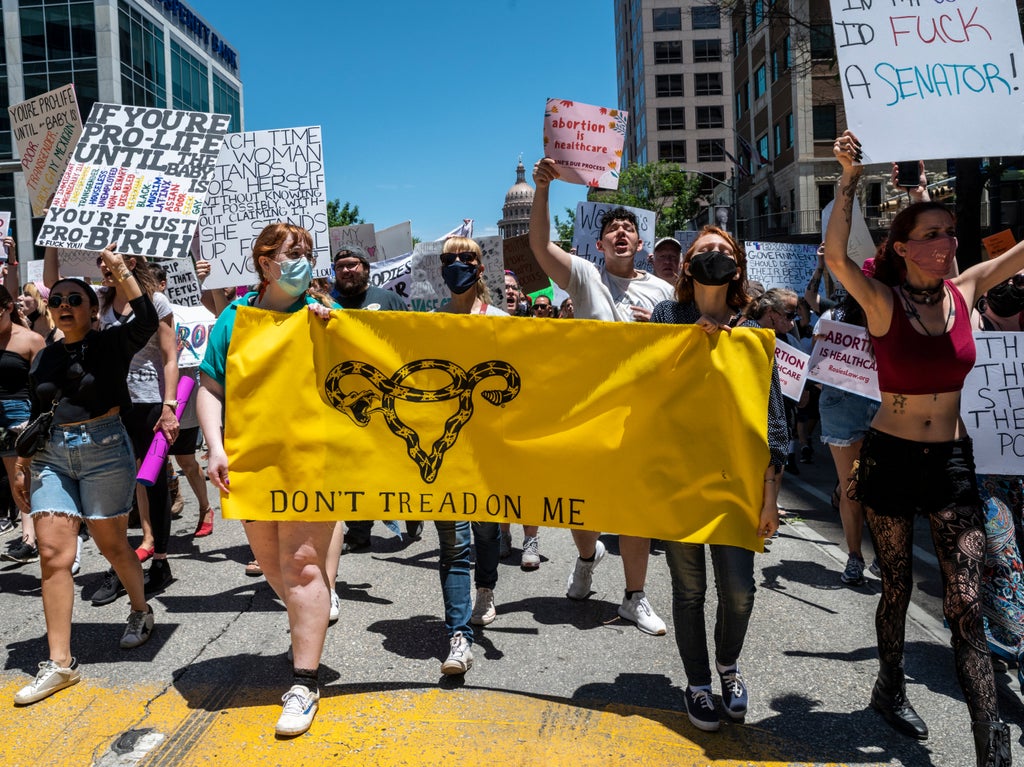 United Nations human rights experts have called the new Texas abortion law that effectively serves as a near-ban of the procedure “structural sex and gender-based discrimination at its worst”.

The chair of the UN’s working group on discrimination against women and girls, Melissa Upreti, a human rights lawyer from Nepal, told The Guardian, “This new law will make abortion unsafe and deadly, and create a whole new set of risks for women and girls. It is profoundly discriminatory and violates a number of rights guaranteed under international law.”

The UN experts say that the Texas legislation removes women’s control of their own bodies and puts their lives at risk.

Ms Upreti is one of five people tasked by the UN Human Rights Council in Geneva to work to end discrimination against women and girls.

The US Supreme Court decided last week, by a 5-4 margin, not to act against the Texas law and allow it to go into effect even though it goes against the precedent of Roe v Wade from 1973.

“The law and the way it came about, through the refusal of the US Supreme Court to block it based on existing legal precedent, has not only taken Texas backwards, but in the eyes of the international community, it has taken the entire country backwards,” Ms Upreti told The Guardian.

The UN’s Special Rapporteur on violence against women, Reem Alsalem, told the paper that the five conservative justices who allowed the law to go into effect had jeopardised women, putting them at risk of violence.

“Through this decision the Supreme Court of the United States has chosen to trample on the protection of women’s reproductive rights, thereby exposing them and abortion service providers to more violence,” she said.

The Supreme Court has a 6-3 conservative majority, but Chief Justice John Roberts joined the three liberals on the court, with all four of them blasting the law in forceful statements.

“The Court’s order is stunning. Presented with an application to enjoin a flagrantly unconstitutional law engineered to prohibit women from exercising their constitutional rights and evade judicial scrutiny, a majority of Justices have opted to bury their heads in the sand,” Justice Sonia Sotomayor wrote.

“The statutory scheme before the Court is not only unusual, but unprecedented. The [Texas state] legislature has imposed a prohibition on abortions after roughly six weeks, and then essentially delegated enforcement of that prohibition to the populace at large. The desired consequence appears to be to insulate the State from responsibility for implementing and enforcing the regulatory regime,” Chief Justice Roberts wrote.

Justice Elena Kagan wrote that the court had rewarded “Texas’s scheme to insulate its law from judicial review by deputising private parties to carry out unconstitutional restrictions on the State’s behalf … because of this Court’s ruling, Texas law prohibits abortions for the vast majority of women who seek them – in clear, and indeed undisputed, conflict with Roe”.

Justice Stephen Breyer wrote that the delegation of enforcement “still threatens to invade a constitutional right, and the coming into effect of that delegation, still threatens imminent harm”.

Clinics offering abortions in Texas have already started turning patients away and around 7 million women in Texas are thought to be at risk of losing access to legal and safe abortions.

The law bans all abortions after detection of cardiac activity, which usually emerges after around six weeks of pregnancy.

Laws that attempt to remove abortion rights early in pregnancy are sometimes referred to as “heartbeat bills”, but at that stage, the heart has not yet formed.

Most women don’t know that they’re pregnant at six weeks and the law is expected to stop 90 per cent of abortions.

Roe v Wade set the precedent that abortions should be legal until the point when a foetus can survive outside the womb, which is usually after around 24 weeks of pregnancy.

The new Texas law puts the onus of reporting abortions onto any private citizen, in or outside of Texas. Citizens are urged to sue anyone who “aids” or “abets” an abortion, with a successful suit leading to covered legal fees and a payment of $10,000.

International law dictates that national governments can regulate abortions, but not in a way that puts lives at risk, causes mental or physical pain, discriminates against women, or unreasonably meddles in their privacy.

In a 2016 report, the UN working group said that US women have “seen their rights to sexual and reproductive health significantly eroded … ever-increasing barriers are being created to prevent their access to abortion procedures”.

“We notified the US administration that the imposition of new barriers to access to abortion services constitutes discrimination under international law, yet the retrogression has continued,” Ms Upreti told The Guardian.