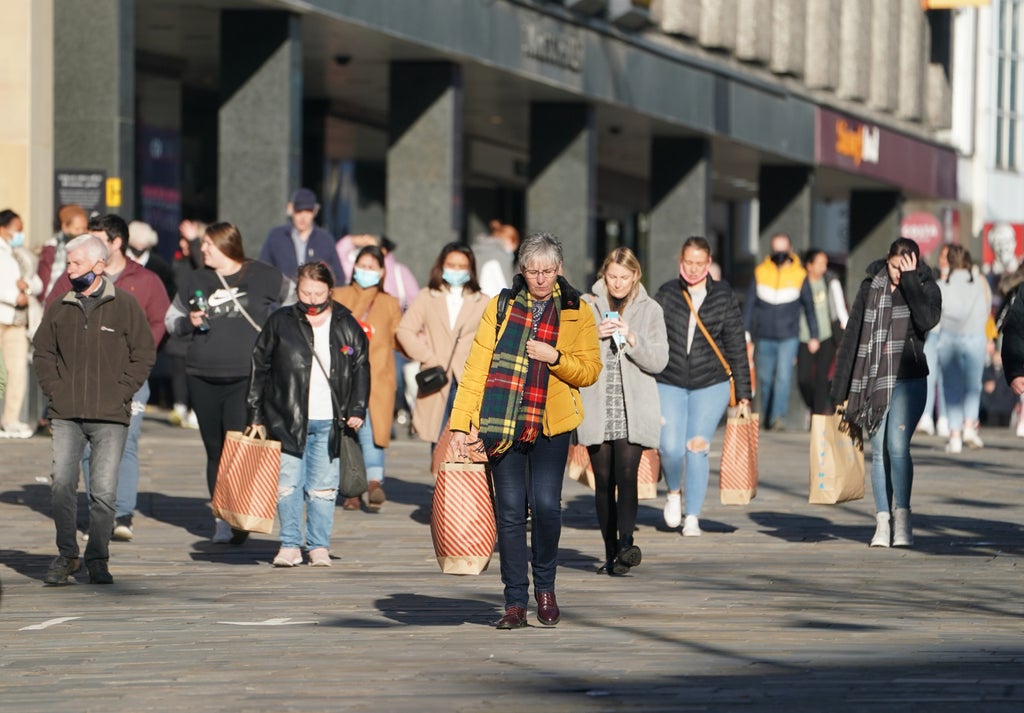 Britain’s economic recovery from the Covid pandemic is beginning to taper off, with new figures showing GDP rose by just 0.1 per cent in July – down from 1 per cent in the previous month.

The Office for National Statistics figures came despite businesses across the UK being allowed to fully reopen for the first time in months.

Firms have been hit by the so-called “pingdemic” – when people are asked by the NHS app to isolate after coming into contact with a positive Covid case – resulting in staff shortages.

Supply chain problems blamed on the pandemic and Brexit have also lead to some shortages of materials, hitting the construction industry particularly hard.

Meanwhile, retailers saw declines in trade and lawyers also took a hit because of the tapering-off of the stamp duty holiday in the property market.

“After many months during which the economy grew strongly, making up much of the lost ground from the pandemic, there was little growth overall in July,” said ONS deputy national statistician for economic statistics Jonathan Athow.

He added: “The service sector saw no growth overall with growth in IT, financial services and outdoor events – which could operate more fully in July – offsetting large falls in retail and law firms.”

The construction sector saw output drop 1.6 per cent in July, the ONS said, while retailers saw a 2.5 per cent fall.

One positive sign came from the arts, entertainment and recreation sector, which was boosted by 9 per cent after restrictions on social distancing were lifted from 19 July.

Economists had expected a slowdown in GDP growth in July, although this was forecast at 0.5 per cent, according to an average of economist predictions compiled by Pantheon Macroeconomics.

The figures put a dent in the recovery from the pandemic. GDP is still 2.1 per cent behind its February 2020 level, just before the pandemic hit.

“Labour shortages and supply chain disruption have continued since, and are likely to have taken the edge off growth as we head into autumn.

“Businesses hope the bulk of supply disruption will prove temporary, but firms are not confident that all shortages will fade any time soon.

“To help ease these pressures, temporary, targeted interventions are needed to enable businesses to keep their doors open – for instance, placing HGV drivers on the Shortage Occupation List could make a real difference.

“Longer-term, both business and government must invest in reskilling and training, particularly in areas that support meeting future demand.”

The ONS also reported on the UK’s trade figures.

The trade deficit – the difference between imports and exports – widened by £1.5 billion to £4.9 billion in July, it said.

“Since its peak in 2017, financial services – the UK’s biggest exporting sector – has steadily lost its market share.

“The UK is the only one of the 10 biggest countries to see this happen, with Brexit exacerbating the decline.”