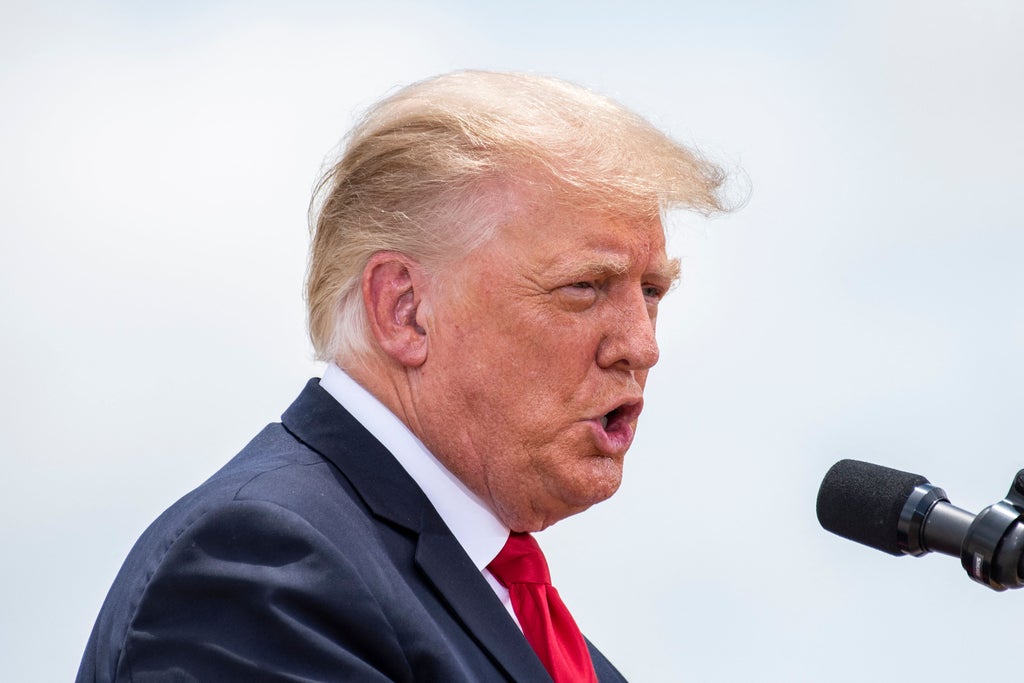 Donald Trump has reached out to some of the family members of the 13 US service members who were killed in a suicide attack at the Kabul airport in Afghanistan and has suggested that he will try to attend their funerals as well.

The move by Mr Trump comes as family members of several of the servicemen who were killed in the attack have either refused to meet current president Joe Biden or criticised him publicly.

Mr Trump and his allies have been eyeing the end of the war in Afghanistan as a “potent” political opportunity as he mulls a potential 2024 reelection bid, said a report by The Washington Post.

Scathing criticism levelled on Mr Biden by the families of the soldiers who died in the suicide bombing has been one such opportunity that Mr Trump has been trying to lean on.

Darin Hoover, the father of a 31-year-old Marine who was killed in Afghanistan, was not expecting a call from Mr Trump, said the report. Mr Hoover had declined to meet Mr Biden.

“It was just very cordial, very understanding [Mr Trump’s call]. He was awesome. He was just talking about the finest of the finest,” Mr Hoover was quoted as saying. “He said he heard and saw everything that we had said, and he offered his condolences several times, and how sorry he was,” he added.

Mr Trump has also stepped up the pace of his attacks on Mr Biden for the US’s hasty withdrawal from Afghanistan, even though it was his administration that had reportedly negotiated with the Taliban to leave the country months before the withdrawal happened.

The former president told at least one family that he did not understand why Mr Biden decided to pull the US military out first before evacuating civilians, said the report, citing those familiar with the calls who spoke on the condition of anonymity.

Mr Trump and his team have issued more than 50 statements about Afghanistan, the report said.

“It is really the only topic I’ve seen him animated about other than the election,” one adviser, who chose to not be identified, was quoted as saying.

Republican senator Lindsey Graham, Mr Trump’s ally, said: “I told him, I think this and the border are going to be one-two punches for Biden. He agreed and is just surprised that Biden let it get this much out of hand.”

Mr Graham, who disagreed with Mr Trump’s decision to withdraw from Afghanistan, hinted he was confident the US’s hasty pullout from the country will revitalise his political fortunes.