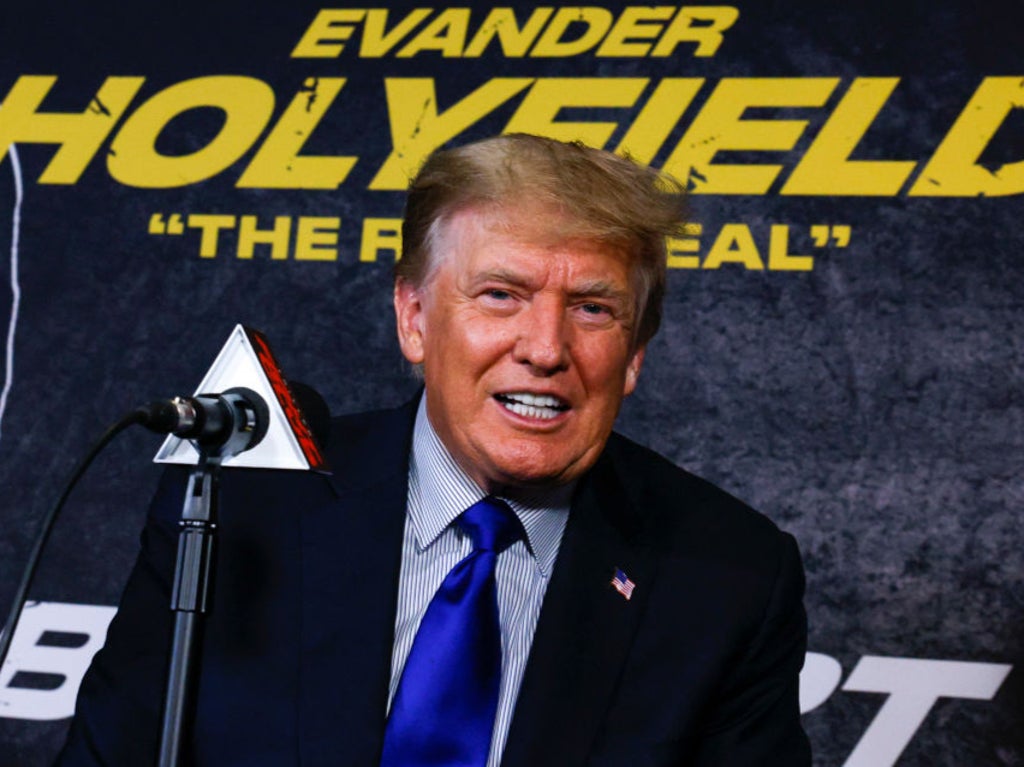 Donald Trump ripped into former president George W Bush in a statement on Monday, retaliating against a subtly critical speech Mr Bush gave over the weekend and appearing to blame him for the 9/11 terrorist attacks.

“The World Trade Center came down during his watch,” Mr Trump ranted. “Bush led a failed and uninspiring presidency. He shouldn’t be lecturing anybody!”

Mr Bush, who was president from 2001 to 2009, made a rare return to the headlines on Saturday, when he gave a speech in Shanksville, Pennsylvania to commemorate the 20th anniversary of 9/11. In that speech, the former president drew a veiled comparison between al-Qaeda terrorists and the kind of political extremists who stormed the US Capitol.

“We have seen growing evidence that the dangers to our country can come not only across borders, but from violence that gathers within,” Mr Bush said. “There is little cultural overlap between violent extremists abroad and violent extremists at home. But in their disdain for pluralism, in their disregard for human life, in their determination to defile national symbols, they are children of the same foul spirit. And it is our continuing duty to confront them.”

Mr Trump, who spent the anniversary commentating on a pay-per-view boxing match, clearly took offense at those comments.

“So interesting to watch former President Bush, who is responsible for getting us into the quicksand of the Middle East (and then not winning!), as he lectures us that terrorists on the ‘right’ are a bigger problem than those from foreign countries that hate America, and that are pouring into our Country right now,” Mr Trump wrote. “If that is so, why was he willing to spend trillions of dollars and be responsible for the death of perhaps millions of people? He shouldn’t be lecturing us about anything.”

This is a breaking news story. More to follow