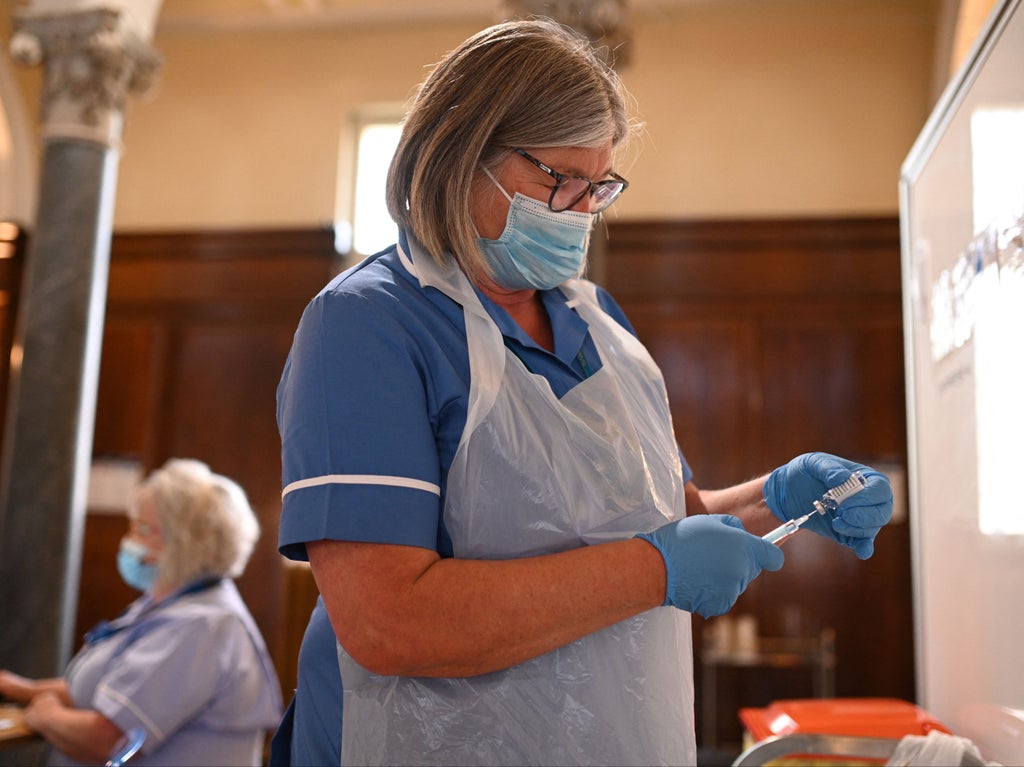 A third dose of the Oxford–AstraZeneca vaccine induces a “strong” immune boost against Covid-19 and its different variants, a new study has shown – though scientists remain unsure if booster jabs are imminently needed.

The administration of a third jab more than six months after the second shot raises the number of antibodies within the blood back to the same levels seen in the wake of double-dose vaccination.

Scientists also recorded an increase in the number of antibodies capable of neutralising the Alpha, Beta and Delta variants – the latter two of which are known to be capable of partially escaping the vaccine response.

Despite the findings, Professor Teresa Lambe, the senior author of the study, said “it is not known if booster jabs will be needed due to waning immunity or to augment immunity against variants of concern”.

Internally, ministers are working under the assumption that a third dose will be required for the over 50s and clinically vulnerable, according to one Whitehall source.

Antibody levels against Covid-19 in fully vaccinated people were found to wane over the course of more than 300 days, while T-cells – which seek out and kill infected cells within the body – also dropped off after 182 days, the Oxford study showed.

However, both Prof Lambe and Professor Sir Andrew Pollard, lead investigator of the Oxford vaccine trial, said real-world data demonstrated that vaccinated people are being protected against serious disease, hospitalisation and death.

Even though “we are seeing a drop of antibody titres (levels) … there’s obviously another aspect of the immune response at play,” said Prof Lambe.

“We would expect immunity start to wane over time because that does happen,” said Prof Pollard. “We won’t go back down to zero but the levels you can measure in the blood will be lower over time.

“But our immune systems are a bit too clever for us to just look at those numbers. The immune system remembers that we’ve been vaccinated. So even if we meet the virus some months late, the immune system will remember it, kick in and make a stronger immune responses again and hopefully that will protect most people from severe disease.”

For the study, volunteers aged 18-55 years who were enrolled in the early clinical trials of the Oxford vaccine last year were invited back to receive a third jab.

In total, 90 participants were given a booster jab 30 weeks after their second jab, leading to a “substantial increase” in antibodies and inducement of a “strong boost” in immunity against Sars-CoV-2, the virus that causes Covid-19. T-cell responses were also boosted after a third dose.

Prof Pollard said the study’s findings offered “greater clarity” on the correlate of protection – or, the measurable sign that a person is immune to a pathogen – that is needed to prevent symptomatic infection. “But what we don’t know is how long, if you reach that correlate, that will last over time and whether you need to boost to sustain it or not,” he added.

The Oxford study also examined how a prolonged delay between the administration of a first and second dose affects the immune response.

It found that a delay of 45 weeks generated an “enhanced” level of protection and higher antibody levels compared to the shorter dosing interval.

“Antibody levels 28 days after second dose were higher with longer intervals between doses,” the study found. The highest response was seen where a 44 to 45 week interval was put in place between the first and second dose, followed by the 15 to 25 week cohort.

“When there’s a prolonged internal, perhaps in countries where there’s limited vaccine supply, a long interval of 15 to 25 weeks, and even 44 to 45 weeks between dose one and dose two, you get a very strong antibody induction with these really long intervals,” said Prof Lambe. That’s very encouraging for countries where there may be limited supply in the short term.”