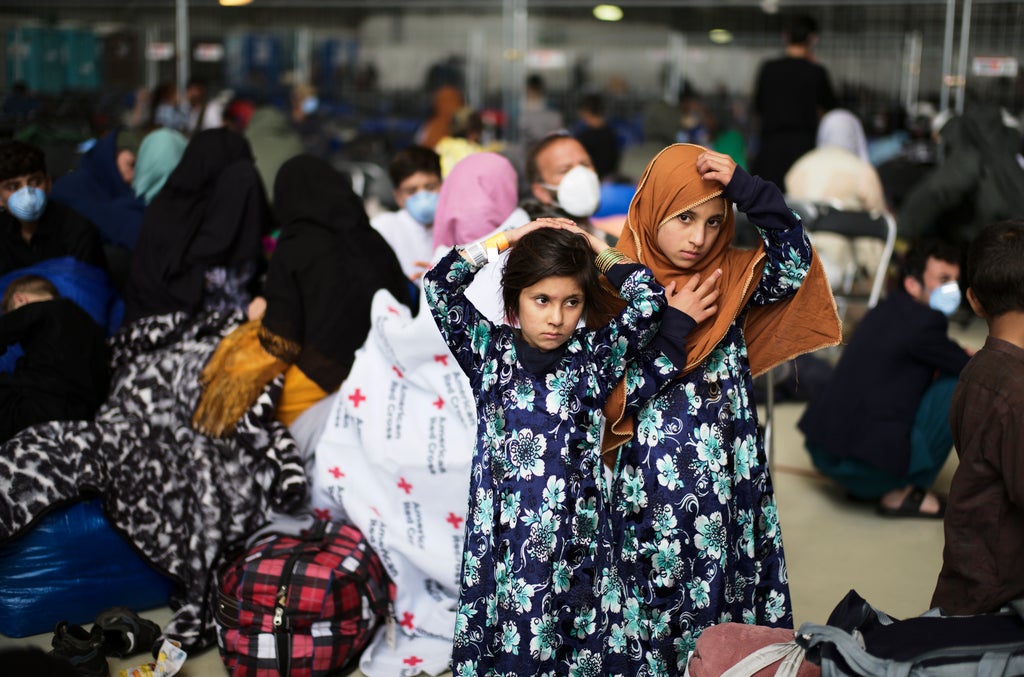 The development comes two days after the Taliban announced an interim government for Afghanistan. The Taliban maintain a political office in Doha.

— Blinken and Austin to visit Gulf to address postwar stresses

— Over 24 hours in Kabul, brutality, trauma, moments of grace

HERE’S WHAT ELSE IS HAPPENING:

KABUL, Afghanistan — The interior ministry of the new Taliban government is seeking to end protests in Afghanistan after days of demonstrations that have brought heavy-handed assaults on protesters.

The minister has issued an order to end all protests in the country — unless demonstrators get prior permission, including approval of slogans and banners.

It’s unlikely the women who have been leading near daily protest demanding their rights from the country’s hardline Islamic rulers will be allowed to protest under the new rules. In the words of the ministry’s statement: “It is announced to all citizens not to attempt at the present time to hold any demonstrations under any name whatsoever.”

KABUL, Afghanistan — Former Afghan President Ashraf Ghani has taken to Twitter to say his flight from Kabul on Aug. 15 was done to save Afghanistan’s capital from bloodshed. He says his security personnel advised the secret departure, which opened the gates of the city to a Taliban takeover.

Ghani also denies widespread allegations of corruption as well as charges that he left the country with millions of dollars. He says there should be an independent investigation.

Ghani’s sudden departure has been widely criticized both in Afghanistan and abroad. Washington blamed Ghani’s flight and the government’s collapse for a Taliban takeover ahead of a negotiated deal.

Prominent Afghan political figures who stayed behind say they had expected to meet with Taliban political leaders the following day to continue negotiations.