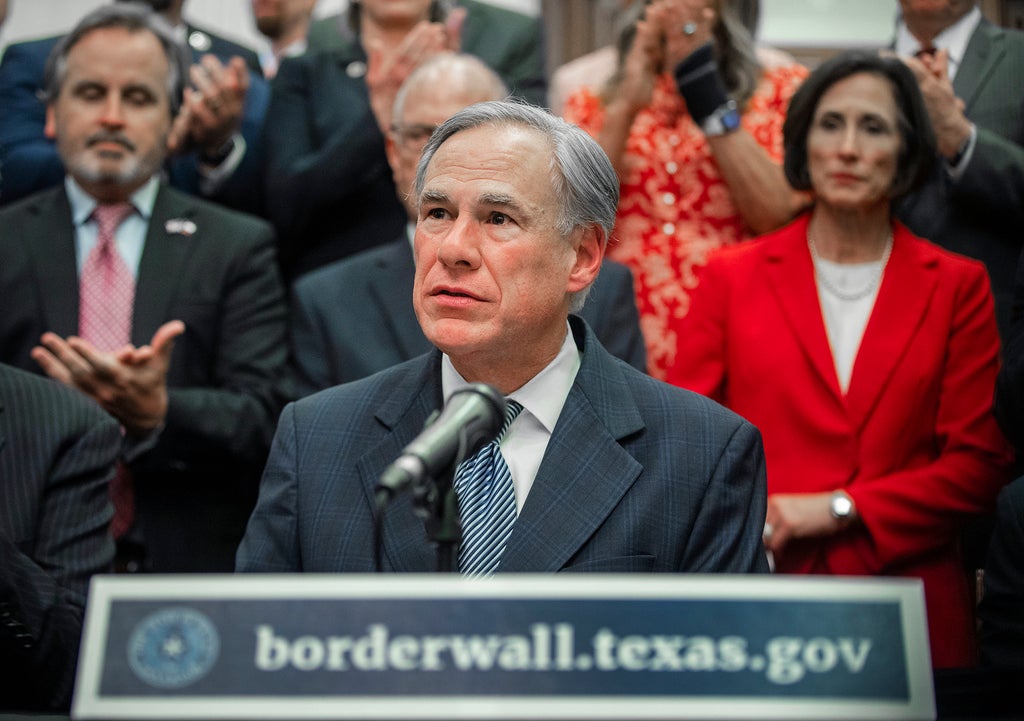 Texas governor Greg Abbott’s popularity has taken a hit after the state passed a restrictive new abortion law and as it grapples with spiralling Covid cases.

A survey from The Texas Policy Project at the University of Texas at Austin found just 42 per cent of Texans approve of the direction the state is going in, Mr Abbott’s lowest approval rating since he was first elected in 2014.

A slim majority – 52 per cent – said the state was on the wrong path, the worst figure recorded by the institute since it started in 2008.

The University of Texas poll found Mr Abbott’s rating had fallen among registered Republicans (77 to 73 per cent) and Democrats (8 to 6 per cent).

The steepest drop came among independents, with just 30 per cent supporting Mr Abbott, compared to 41 per cent in June.

At the beginning of the pandemic, Mr Abbott‘s approval rating was 56 per cent and his disapproval was at 32 per cent.

The poll was taken last week on the eve of a draconian new abortion law taking effect.

The Supreme Court refused to take up the bill last week, with many observers saying it spelt a death knell for Roe v Wade which has been precedent in the US for nearly 50 years.

Under the law, any bystander could sue someone for $10,000 who aids or abets a woman seeking an abortion.

Critics including President Joe Biden described it as a “vigilante law” designed to instill fear into the already fraught process of getting an abortion.

Jim Henson, executive director of the Texas Politics Project at the University of Texas, told KXAN the poll was an “eye-opener”.

He said dissatisfaction with the way the pandemic was being handled was a recurring theme behind falling support for Mr Abbott.

“It’s been a tough year in Texas. The power outages, the infrastructure failures, we could go on. I think it’s an amalgam of a lot of things that we’ve reached the watershed on,” Mr Henson said.

“Governance is tough, and he’s the face of governance in the state right now.”

More than 27,000 Texas students and 4,400 staff have tested positive for Covid-19 in public schools in the last week, official state data shows.

Local governments and school districts are trying to sue the state to prevent Mr Abbott’s ban on mask mandates.