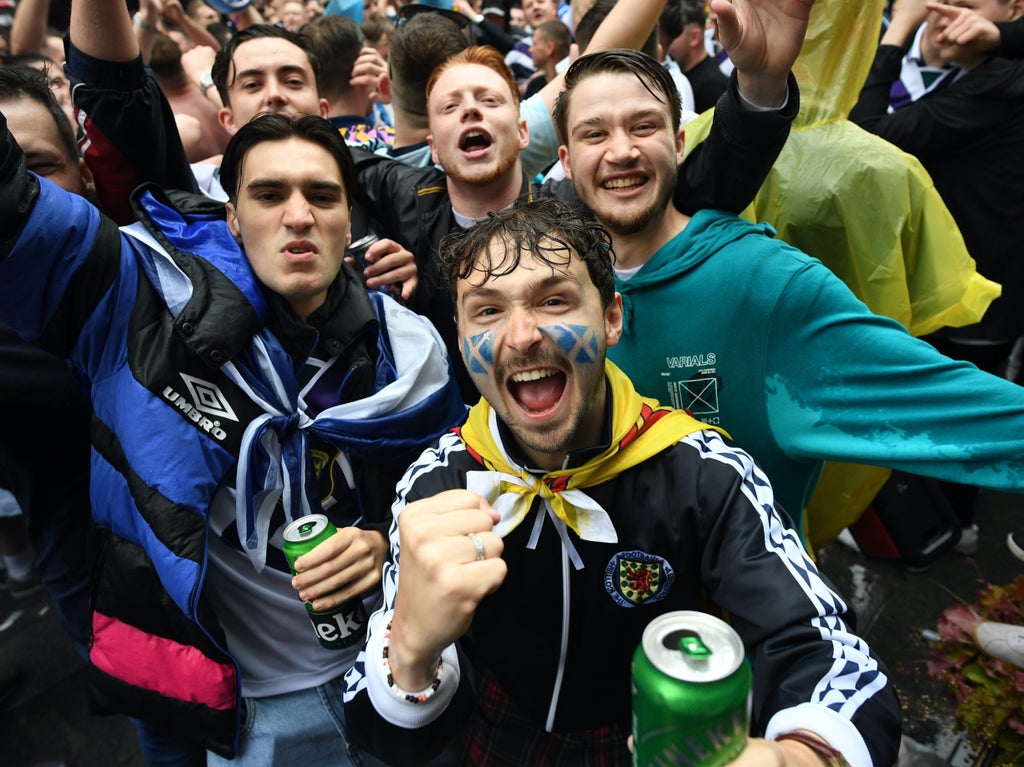 Scotland’s recent surge in coronavirus cases is partly linked to football fans getting together to watch the Euros, the country’s health secretary has said.

Cases have been connected to both indoor gatherings and coaches transporting members of the Tartan Army to London to watch Scotland play, the SNP minister Humza Yousaf revealed.

On Monday, daily Covid figures showed 3,285 Scots had reported positive tests overnight – the highest number since the start of the pandemic.

“If we look at the data that’s presented, it’s very clear that it’s skewed disproportionately towards young males, those under 40,” Mr Yousaf told the BBC’s Good Morning Scotland programme.

He added: “I think some of the positive cases are linked to watching football indoors.”

Some of the fans would have travelled to London in coaches with little social distancing, Mr Yousaf added. In one supporters’ coach, 20 positive cases had been identified, the minister said.

Many fans had ignored warnings to stay at home unless they had organised somewhere to watch the Scotland-England game in London on 18 June. An estimated 20,000 Scots travelled without tickets.

Asked if the government should have done more to prevent fans travelling to London, he said: “We seem to get criticised regularly for putting in place travel restrictions.

“So I think one way or the other we would have been criticised for either doing too much or not doing enough.”

Mr Yousaf said vaccination has weakened the link between cases and being taken to hospital in Scotland. Nicola Sturgeon’s government is being cautious, he said – but ministers are not looking at introducing further restrictions in the worst-affected areas.

Mr Yousaf was also asked about a report in The Herald newspaper which said worst-case scenario modelling for the Scottish government predicted 100,000 cases per week by mid-July.

The Scottish health secretary said: “We wouldn’t expect to see those numbers and certainly we wouldn’t allow such a situation to arise.”

Cabinet Office minister Michael Gove also spoke to Good Morning Scotland about the UK government’s approach to the pandemic in the coming months.

He said: “We’re going to have to live with Covid in the way that we live with flu, as a disease that is there that needs to be managed, and vaccination and effective public health measures are the way to go.

Mr Gove added: “You can’t have zero Covid. The only way in which you can eliminate the chance of getting the disease is by maintaining a level of lockdown that would be damaging to people’s social lives, damaging people’s mental health.”