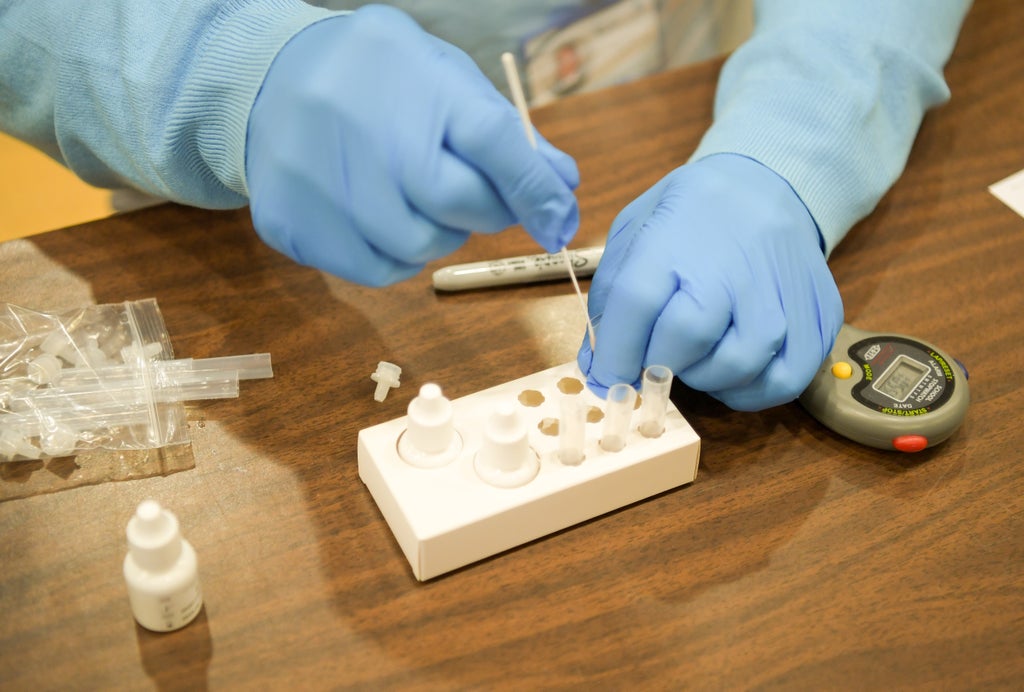 A large school in Scotland has been forced to close entirely due to a Covid outbreak.

Dingwall Academy in the Scottish Highlands sent pupils home at lunchtime on Wednesday amid a spike in Covid cases and staff shortages.

The academy is one of the region’s largest secondary schools, with more than 1,000 pupils enrolled.

A spokesperson for the local council said the school had seen “significant number” of Covid cases.

“A group of staff members were identified as close contacts and have been advised to self-isolate and book a PCR test,” the spokesperson for Highland Council said.

“Therefore, the school closed at lunchtime today and will reopen tomorrow.”

They added: “Letters were issued to parents earlier today and all necessary action has been taken at the school.”

According to local media, the headteacher, Karen Cormack, told parents in an email: “We have reached a point today where we do not have enough staff left to cover the full day.”

She said the plan was for the school to open again on Thursday, although the situation was being kept under review, according to the Ross-Shire Journal.

Scottish ministers have suggested schools returning last month contributed to a rise in Covid cases, with the country recording a record daily infection figure at the weekend.

John Swinney, the deputy first minister, said: “Undoubtedly the gathering of people together in schools will have fuelled that to some extent. You can see that in the proportion of younger people who are testing positive.”

Teachers in England also told The Independent they were expecting new Covid spikes and “inevitable” disruption as the new term started.