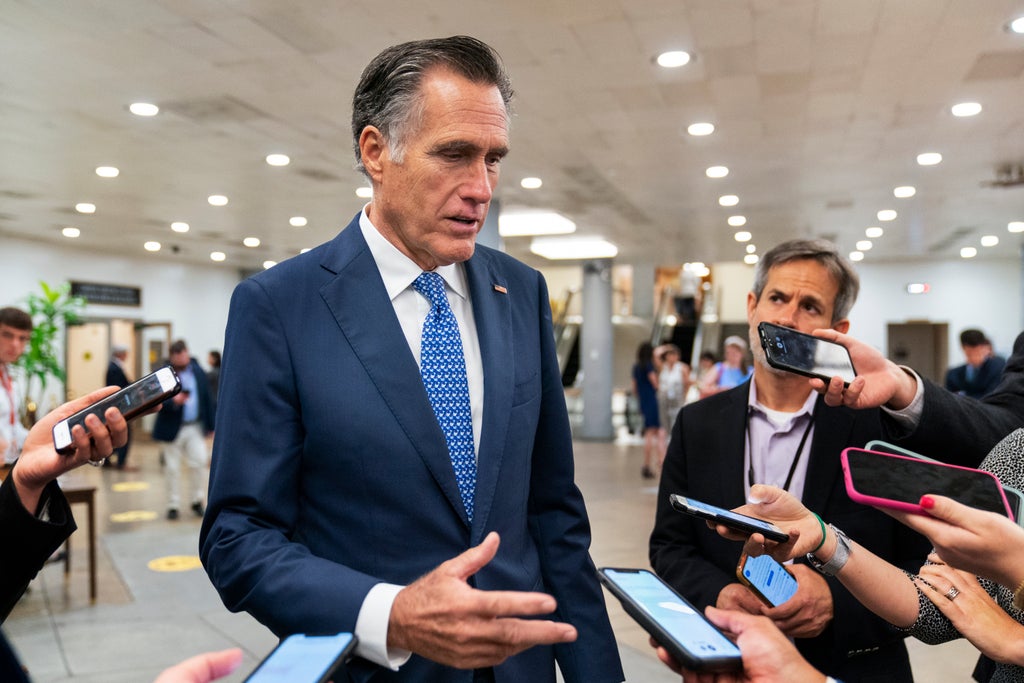 Speaking to Jake Tapper on Sunday’s State of the Union on CNN, the Utah senator who emerged as one of the few prominent national anti-Trump voices among the GOP compared the former president’s antics to the fictionalised storylines of professional wrestling.

“I do think it’s important for each person to speak the truth and to make clear that the big lie is exactly that,” Mr Romney said.

“I think, frankly, Jake, a growing recognition in the US is this is like WWF [World Wrestling Federation], that it’s entertaining, but it’s not real,” added the Utah senator.

Mr Romney went on to point out that the Justice Department as well as US intelligence agencies stated firmly that there was no evidence of voter fraud in the 2020 election that could have risen to the level of affecting state vote totals in a meaningful way. He then suggested that Mr Trump was receiving his information not from official sources, but from his now-suspended lawyer, Rudy Giuliani, as well as MyPillow CEO Mike Lindell.

“So where did he hear it from? The MyPillow guy? Rudy Giuliani? What are their sources of information? It’s pretty clear the election was fair and not the outcome the president wanted, but let’s move on,” he said.

Mitt Romney on Trump continuing to push the Big Lie:

Mr Romney was one of a handful of Republicans, among others including Rep Liz Cheney, who voted to support the second impeachment of Mr Trump earlier this year following the 6 January attack on the US Capitol.

The move earned him and other anti-Trump GOPers the ire of Mr Trump, who has vowed to support primary challengers in their respective states.

The former president has continued to release official statements and make comments to his supporters claiming, without evidence, that the 2020 election was stolen by President Joe Biden, while also suggesting in some instances that he could be reinstated later this year. The US Constitution has no provision for such an action.

Mr Trump has also made numerous remarks hinting at the likelihood of a 2024 run for the White House. Polls of Republican voters around the country indicate that the former president would be a heavy favourite should he make a second bid for the presidency.

On Saturday evening the former president appeared at a rally in Wellington, Ohio, where he repeated bogus claims that he had really won the election to the delight of his supporters. The stop was the first on what has been dubbed his “revenge tour” as he looks to boost loyalist primary challengers to Republicans who voted to impeach him.