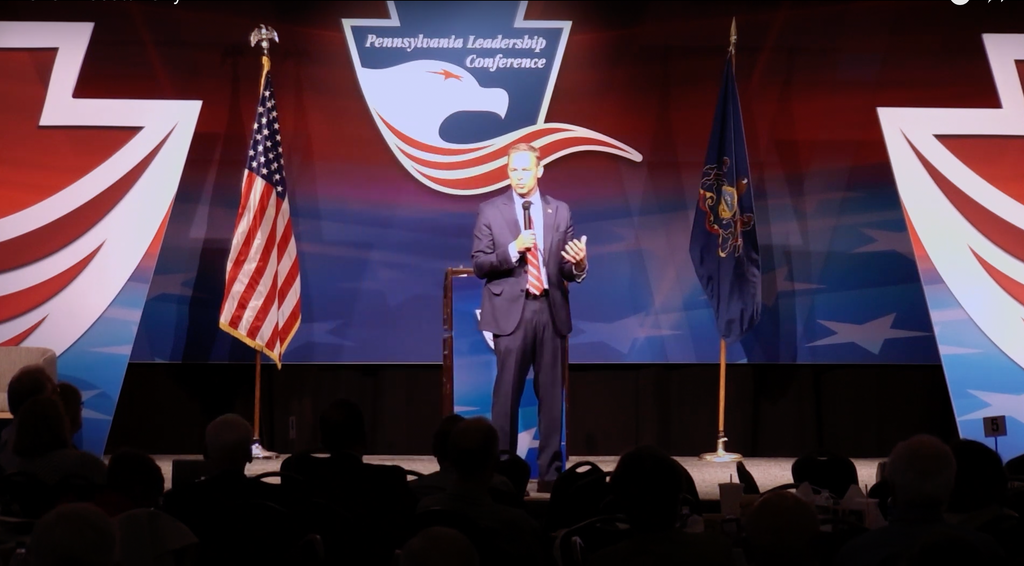 A congressman from Pennsylvania gave a speech about how Democrats are “not loyal opposition” and how he believes the country’s political process was “under attack”.

Rep Scott Perry began his talk at the Pennsylvania Leadership Conference by saying “I want to talk to you about a bunch of different things,” and he discussed the threats he believes the Democrats pose on the rest of the country.

The topics the speech touched upon included immigration, the culture wars and how American society was in decline. He also accused the media of lying about Covid-19 and labelled the 2020 election a “debacle”.

Mr Perry is one of the most conservative members in House Freedom Caucus, which includes controversial congresswoman Marjorie Taylor Greene.

The congressman representing Pennsylvania’s 10th District described the country and US Constitution as being “under attack” and discussed his lifelong commitment to the Republican party, apparently unwavering since the first grade.

“They are not the loyal opposition. They are the opposition to everything you love and believe in,” Mr Perry said on 11 June.

According to his speech, he implied Democrats wanted to allow “criminals” and “terrorists” to come over across the border as he asked, “Why would they open the border when they know the people going to come here illegally.”

As his speech went on, Mr Perry said, “It must be acknowledged that things are different now,” He asserted. He alleged that the Democrats “want to destroy the country you grew up in” to the largely conservative crowd.

“The America you grew up in that’s the not what they are interested in,” he said.

He invoked memories of what happened in Germany before the rise of Adolf Hitler, prefacing his claim by saying, “We can acknowledge that maybe not every one of them is that way, but that doesn’t matter.”

He continued, “We’ve seen this throughout history, right? Not every, not every citizen in Germany in the 1930s and ’40s was in the Nazi Party. They weren’t. But what happened across Germany? That’s what’s important. What were the policies? What was the leadership? That’s what we have to focus on.”

Additionally, Mr Perry pushed the racist replacement theory, as he argued “what seems to be happening or what they believe right now is happening is, what appears to them is we’re replacing national-born American – native-born Americans to permanently transform the political landscape of this very nation.”