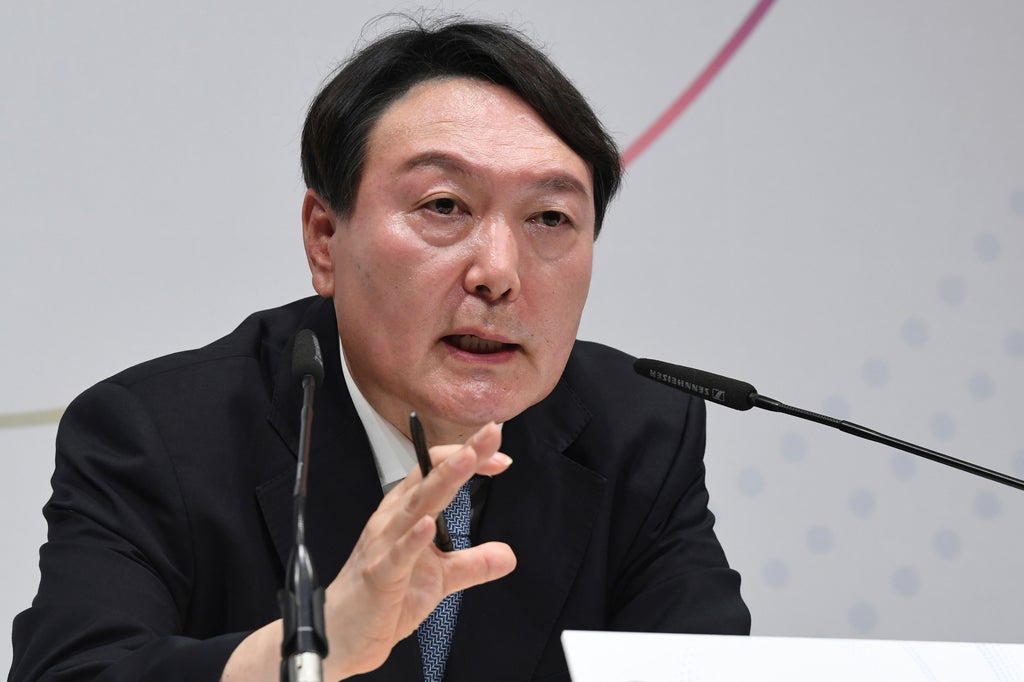 South Korea’s former top prosecutor launched a bid to run in next year’s presidential election Tuesday, vowing to unseat the current liberal government for which he once worked and subsequently investigated.

Yoon Suk Yeol tops surveys on the South Korean public’s preferred future leader, and his announcement will likely heat up the race to find a successor of President Moon Jae-in whose single five-year term has been marked by roller-coaster diplomacy with North Korea a deepening domestic divide and varied economic woes.

“I’m stepping forward with a determination to change the government,” Yoon told a news conference. “I’ll join forces with everyone yearning for a shift in power and achieve that surely.”

Yoon, who resigned as prosecutor-general in March, had led Moon’s push to root out corruption. But their ties turned bad as some of Moon’s political allies were investigated over corruption and other charges.

While the infighting invited public criticism that Moon’s anti-corruption campaign was only tough on his political opponents, it also helped Yoon emerge as a potential opposition candidate as the conservatives still have no clear standard-bearer to fight against Moon’s ruling party in March’s presidential election.

During Tuesday’s conference, Yoon called the Moon government “corrupt,” “incompetent” and “arrogant.” Yoon said he wants to restore constitutionalism and the principle of fairness that he says have been marred by the Moon government.

Yoon has not joined the main conservative opposition People Power Party, though he said he shares its basic political philosophy. Some observers say Yoon may launch his own party if he maintains his current popularity.

The long-dominant People Power Party was in disarray following the explosive 2016 corruption scandal that led to the impeachment and ouster of then-President Park Geun-hye Its popularity has revived since it elected a 36-year-old party member as its new chairman, sparking hopes for a generational change in local politics.

In a public survey conducted by the Seoul-based private Korea Society Opinion Institute last week, 32.4% of respondents choose Yoon as the most suitable figure for the next president, and Lee came in next with 28.4%.

Compared with Lee who has called for an engagement policy on North Korea and drastic steps to reform family-run conglomerates and other establishments, it’s still unknown on what election platforms Yoon would run. On Tuesday, Yoon stressed the need to cooperate with North Korea and restore frayed ties with Japan but didn’t elaborate.

Whoever becomes the new South Korean president, the person will be tasked with a slew of daunting challenges such as increasing North Korean nuclear threats, a U.S.-China rivalry, skyrocketing housing prices and high youth unemployment rates.

Some critics question if the political novice Yoon can withstand the expected massive political offensive by his opponents.

In 2017, former U.N. Secretary-General Ban Ki-moon was once a favorite to replace the impeached Park, but questions about his political competence and corruption allegations forced his abrupt withdrawal from the race. Moon then scored an easy victory in the election.