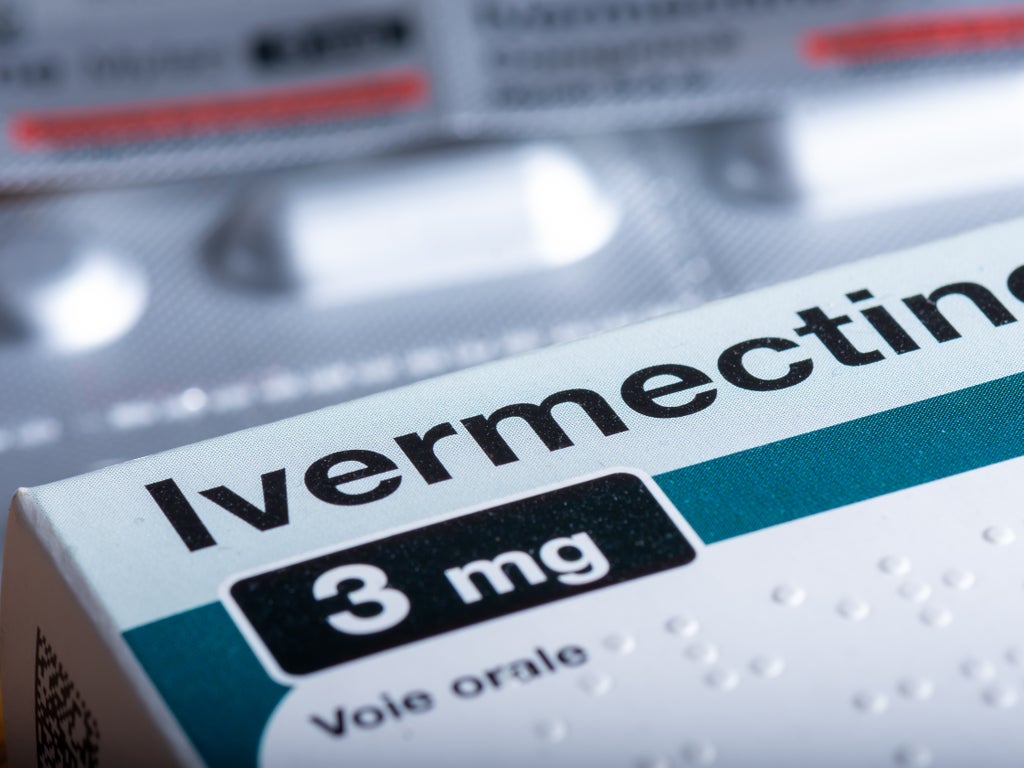 People poisoning themselves with a drug most commonly used as a horse dewormer are turning up hospitals in rural Oklahoma, a doctor has claimed.

The doctor told a local news outlet that hospitals struggling to handle a high number of coronavirus patients are now seeing people overdosing on the drug ivermectin.

“The ERs are so backed up that gunshot victims were having hard times getting to facilities where they can get definitive care and be treated,” Dr Jason McElyea told Oklahoma News 4.

He said that ambulances were “stuck at the hospital waiting for a bed to open” so they could unload new patients.

However, one hospital where Dr McElyea has worked, Northeastern Health System Sequoyah, has denied that its facilities are seeing ivermectin patients.

“NHS Sequoyah has not treated any patients due to complications related to taking ivermectin,” NHSS said in a statement. “All patients who have visited our emergency room have received medical attention as appropriate. Our hospital has not had to turn away any patients seeking emergency care.”

The hospital added that Dr McElyea is not an employee of NHSS, but worked at its emergency room two months ago via a contractor.

Dr McElyea has said the hospitals he serves in eastern and southeastern Oklahoma have seen an influx in patients who have taken enough ivermectin for a full-sized horse. The people are effectively poisoning themselves in an attempt to stave off the coronavirus, for which there is a free and readily available vaccine.

Ivermectin is a veterinary dewormer primarily used on livestock animals. Doctors can prescribe a human version for individuals suffering from body lice or other parasites. The drug became popular among anti-vaxxers through conservative Facebook groups.

Much like the Donald Trump-backed hydroxychloroquine before it, there is little evidence to support the idea that ivermectin in any way stops the coronavirus.

What it can do is cause gastrointestinal issues in humans in mild overdoses and neurological problems in severe cases.

“There’s a reason you have to have a doctor to get a prescription for this stuff, because it can be dangerous,” Dr McElyea said.

Doctors have warned that individuals with serious reactions to ivermectin could end up in the hospital and on a ventilator – exactly what the anti-vaxxers are hoping to avoid by taking the drug.

“Some people taking inappropriate doses have actually put themselves in worse conditions than if they’d caught COVID,” he said. “The scariest one that I’ve heard of and seen is people coming in with vision loss.”

Despite its risks, Dr McElyea said people in his region are not afraid of the drug because many have familiarity with it from treating their livestock.

“Growing up in a small town, rural area, we’ve all accidentally been exposed to ivermectin at some time. So, it’s something people are familiar with. Because of those accidental sticks, when trying to inoculate cattle, they’re less afraid of it,” he said.

Some people have sought out the drug at their local feed and grain stores if they could not convince a doctor to give them a prescription for the human version of the drug.

Both the manufacturer of ivermectin products and the US Food and Drug Administration have come out against the human use of the drug, but that has not stopped anti-vaxxers on social media and Fox News personalities from insisting on its credibility as a means for treating Covid-19.