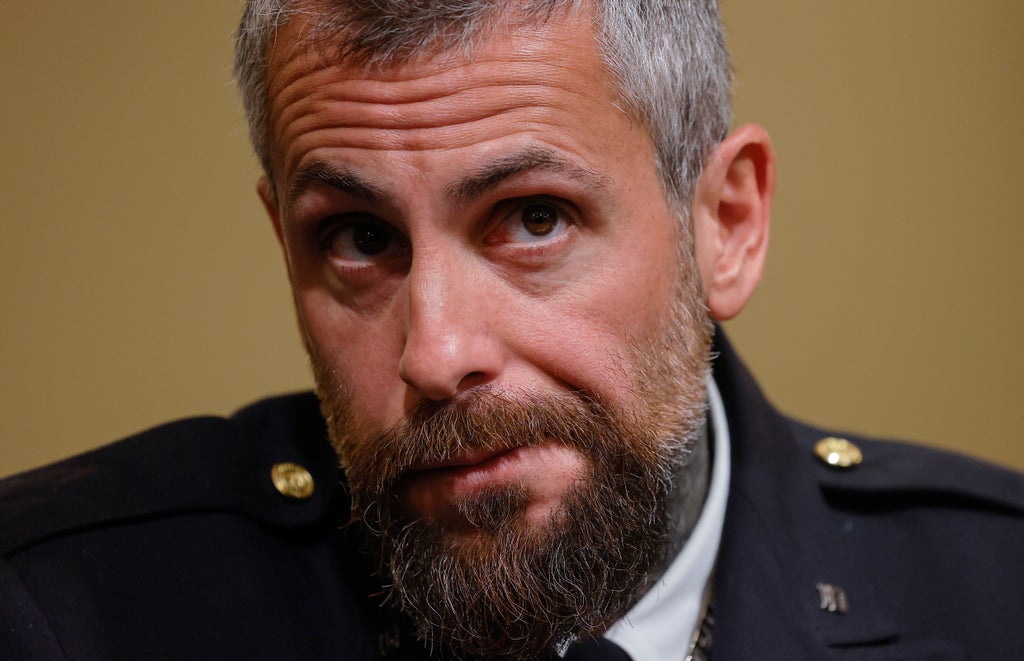 Police officer Michael Fanone has returned to work on limited duty eight months after being beaten and tased during the US Capitol riot on 6 January.

He is one of four officers injured during the riot to have returned to work with the DC Metropolitan Police Department, while one remains on sick leave, according to The Washington Post.

His return to a first full day of duty on Wednesday comes after recovery from both physical injuries and emotional trauma, the Post reported.

A police spokesperson told the outlet that he was placed on modified duty with no firearm or arrest powers with the Technical and Analytical Services Bureau.

Mr Fanone told the Post that he understands returning to street enforcement would not be wise, as his presence in the public eye could be a distraction.

Mr Fanone has been one of the most high-profile officers to have responded to the riot, recently giving testimony to the House commission into the events of 6 January. Video footage from his body camera has become the visual low point of the violence.

During the riot, Mr Fanone had a heart attack after being swarmed by the mob of Donald Trump supporters who beat him with a pole, tased him and threw him to the ground.

Following the 6 January attack at the US Capitol, Mr Fanone went on something of a media tour with the major TV networks and newspapers to dispute criticisms police hadn’t used sufficient force to repel the rioters.

Mr Fanone told Time magazine he even turned down an offer to pose for a nude photoshoot in Playgirl, a claim denied by its publisher.

He told Time that in addition to his life-threatening physical injuries, the attack led to post-traumatic stress disorder.

“There’s people on both sides of the political aisle that are like, ‘Listen, Jan. 6 happened, it was bad, we need to move on as a country,’” he said.

“What an arrogant f***ing thing for someone to say that wasn’t there that day,” he says. “What needs to happen is there needs to be a reckoning.”