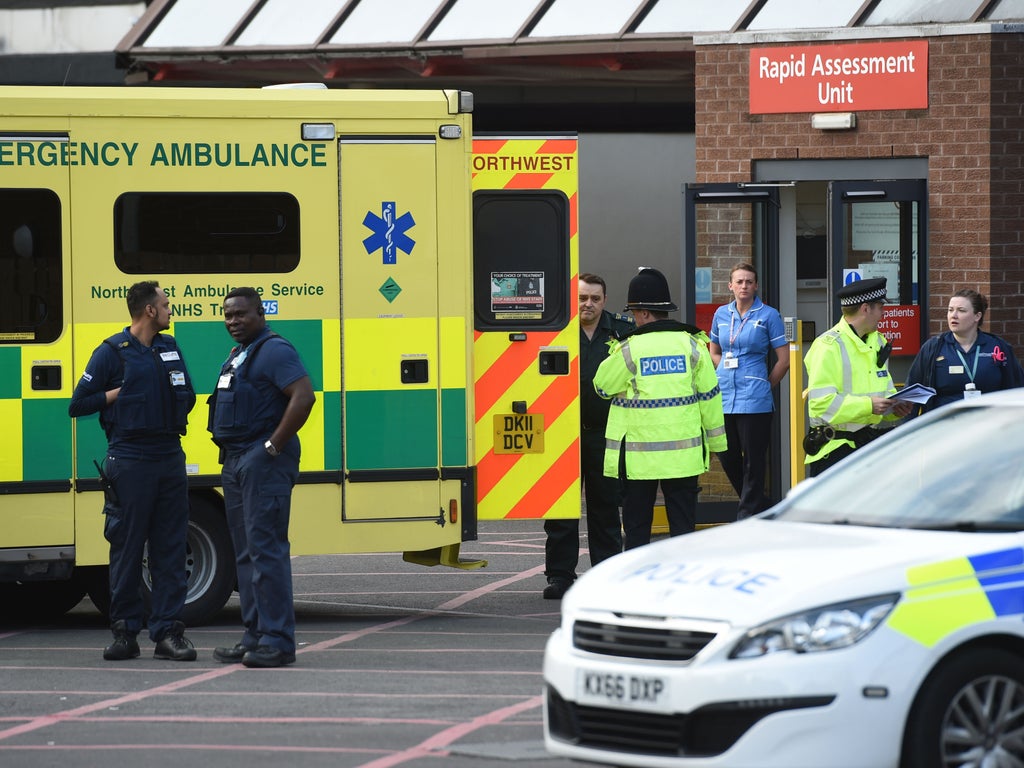 Doctors and nurses working at Manchester’s Royal Infirmary say they were told the hospital had declared a major incident on Thursday amid mounting pressures in its emergency department, long waits for patients and fears of a shortage of staff and beds.

Multiple sources at the Manchester University NHS Foundation Trust, from different departments, said staff were told the declaration was made, but then rapidly reduced to an internal incident to “avoid bad press”.

The trust denied declaring any incident but has taken what is known as ‘business continuity measures” which is part of NHS England’s incident response and is designed to ensure hospitals can maintain patient services in the face of increased demand.

In A&E, staff said patients were facing long waits for admission to the wards, while only 65 per cent of patients in the emergency department were being seen within four hours.

One clinician said waits were now regularly over eight to 10 hours overnight and caused by a combination of a lack of doctors and more patients attending, including both those with serious illness and those with minor complaints.

They said: “There is lots of pressure in the system. Staff are tired. There are very high numbers of attendances and enough Covid for us to start going back to the bad old days.”

They said the ICU was now full with Covid patients as some had been admitted from neighbouring smaller hospitals.

A separate message to staff, sent on Thursday by a senior clinician, said: “On the basis of high absences in medical workforce, site pressures, ED performance, discharge performance and increasing Covid inpatient numbers (largest in Greater Manchester and has risen rapidly in the last couple of weeks), MRI has declared an internal major incident.”

It appealed for any staff with medical or nursing experience in emergency care or who had relevant skills to be identified for possible redeployment to the A&E and said meetings in the next two weeks which could be cancelled to free up staff would be welcome. Teams were asked to respond by 3pm on Thursday.

Separately, the trust’s maternity unit has also been hit by staffing problems caused by the number of midwives being forced to isolate or off sick because of Coronavirus with numbers half what they should be.

According to data shared with The Independent, more than a quarter of the trust’s absent staff, 464 out of 1,792, were off work because of Coronavirus.

There has also been a surge in children attending A&E departments with respiratory viruses not related to Covid-19.

The Manchester University Foundation Trust denied declaring an internal incident when asked by The Independent on Thursday, but a spokesman did confirm business continuity measures were being taken on Friday.

A spokesperson said: “Whilst our hospital is busy, we have robust processes in place to help us manage increases in demand so that every patient receives the care that they need and the public can access services by calling 111 for non-emergency support.”