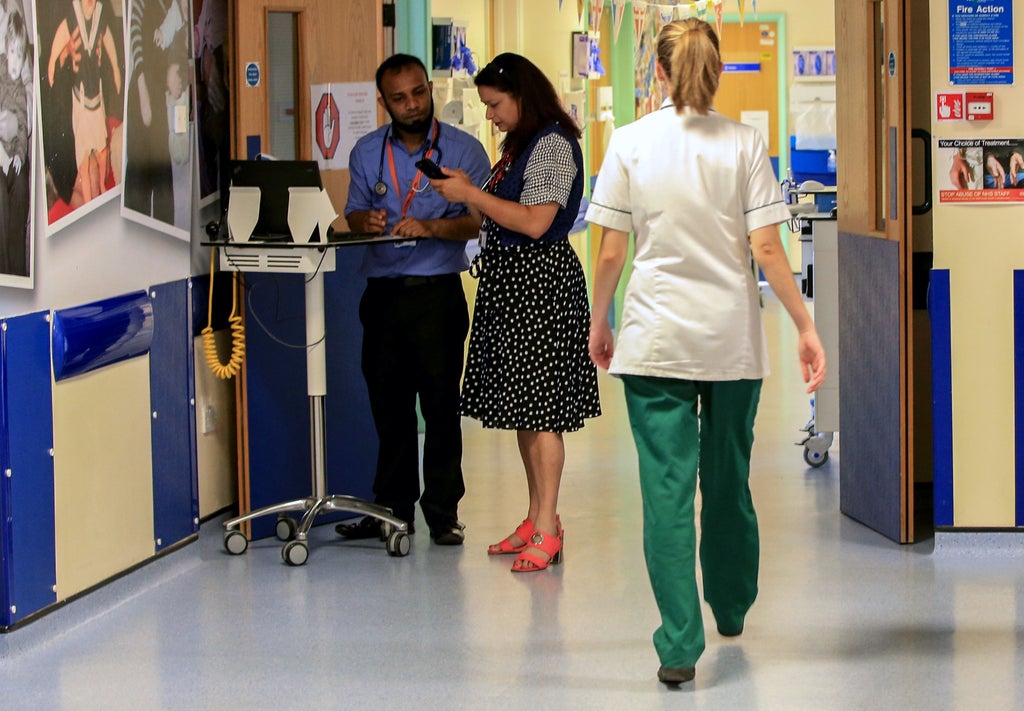 The NHS may be forced to abandon major commitments it made as part of a deal to secure long term funding for the health service in 2018 because of the effects of the pandemic and a lack of money from government.

Bosses at NHS England have launched a review of commitments made by the NHS in its long term plan which was published in 2019 after the government agreed to provide a £20 billion uplift in spending over five years to 2024.

Senior directors in the NHS have told the HSJ many of the promises made at the time, which include increasing GP numbers by 5,000, diagnosing more cancers earlier and improving mental health care, may no longer be deliverable.

Other targets include reducing stillbirths and neonatal deaths by 50 per cent, halving the rate of people with learning disabilities being detained in hospitals and increasing the mental health investment as a share of the NHS budget in each year of the plan.

NHS England told The Independent the Covid pandemic had “inevitably impacted some delivery trajectories” but added: “The NHS remains determined to deliver the ambitions for improvements in care and treatment set out in the NHS long term plan.”

The government has announced extra spending for the NHS of around £6.5 billion next year but this is thought to be two thirds of the £10 billion NHS England had asked for in order to cope with the extra costs of the pandemic and its impact on the backlog of operations which has now reached a record 5.6 million people.

NHS leaders have also been told to prepare for swinging efficiency savings that are widely thought to be unrealistic but were part of the original deal agreed with the government by NHS England’s former chief executive Sir Simon Stevens as a condition of Treasury support for the plan.

The HSJ said it had been told the targets were now unlikely to be achieved because of the lost time as well as extra demand in areas like mental health. The recruitment of staff has been affected and NHS leaders fear more staff will leave as a result of the past 18 months.

Hospitals, ambulance trusts and community services are already reporting overwhelming demand with the military having to be called in to support ambulance services during the summer – with the winter expected to be even worse.

NHS England is thought to be reviewing the long term plan, following the appointment of new chief executive Amanda Pritchard, with a view to considering more requests for funding in the approaching spending review as well as publicly stating which targets it may have to admit will be missed.

The news comes at a time when MPs have already questioned the funding of the NHS at the expense of other public services such as social care and may make negotiations with the Treasury more difficult.

NHS England is likely to point to clear warnings it gave at the time the plan was published which made clear the success of the plan was predicated on workforce spending investment as well as increased funding for buildings and the backlog in repair work.

The government has yet to come forward with a costed workforce plan over several years despite widespread staff shortages and warnings over staffing levels dating back over a decade.

A Department of Health and Social Care spokesperson said: “We have backed the health service at every turn, with an extra £34 billion this year alone made available to support health and care services. This comes on top of our historic settlement for the NHS in 2018, which will see the NHS budget rise by £33.9 billion [in cash terms] by 2023-24.

“We are also providing a further £36 billion for health and social care from April 2022 to March 2025 which includes a ring-fenced £8 billion to tackle backlogs and help the NHS deliver an extra 9 million checks, scans and operations for patients across the country.”