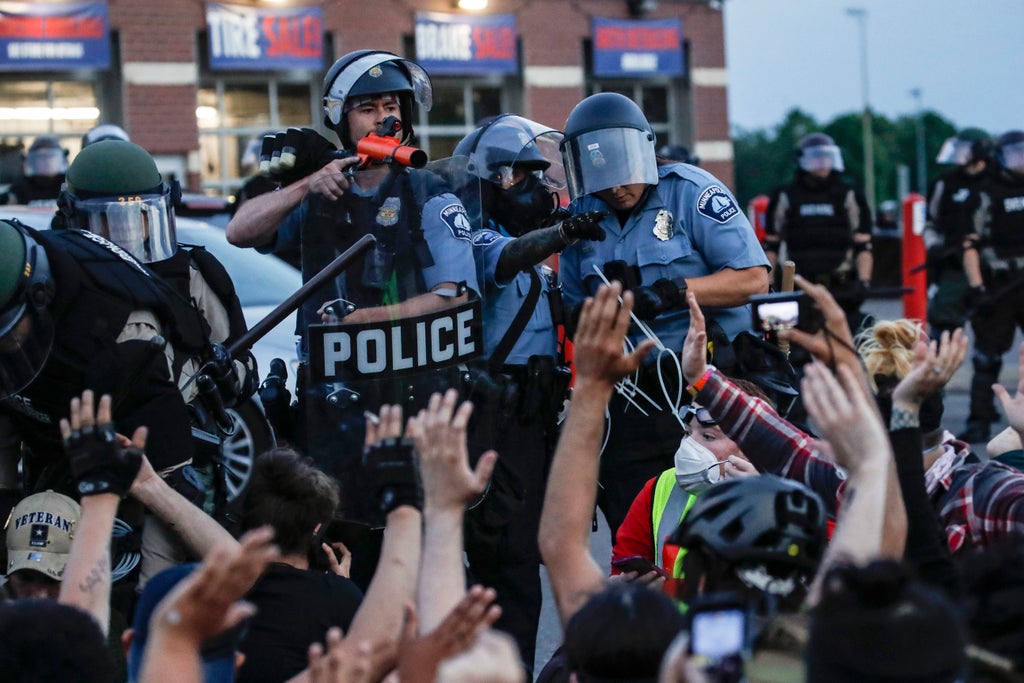 Minnesota Gov. Tim Walz on Monday announced statewide changes to policing he says will increase transparency and accountability, ahead of an expected vote by lawmakers to approve a bipartisan public safety budget bill.

Walz’s executive action includes $15 million for violence prevention programs and changes to the state’s policy on viewing of body camera footage. The move comes days after former Minneapolis police Officer Derek Chauvin was sentenced to 22 ½ years in prison for the death of George Floyd.

“Right now, we have an opportunity to create safer communities for all Minnesotans by building a public safety system focused on transparency, accountability, and violence prevention,” Walz said. “These policy changes and increased investments in safety — together with the Minnesota Police Accountability Act signed into law last summer and the bipartisan public safety plan this legislative session — get us closer to a system of public safety that truly protects all Minnesotans.”

The $15 million in grants, directed from funding received via the American Rescue Plan federal stimulus package, will go toward community safety and violence intervention programs, as well as survivor support grants. The initiative also includes policy changes to increase transparency and accountability through the Minnesota Board of Peace Officer Standards and Training (POST).

Walz also directed state law enforcement agencies, including the Minnesota State Patrol and the Bureau of Criminal Apprehension, to develop a policy that would allow families of victims killed by officers in those agencies to view the body-camera footage within five days of the fatal encounter. The action follows the governor’s funding proposal in the public safety budget legislation for body-worn cameras for state law enforcement officers, which lawmakers reached a deal on over the weekend after months of negotiations.

The public safety package features provisions regulating the use of no-knock warrants, a police misconduct database to create an early warning system to keep bad officers off the streets, and the creation of an office of missing and murdered indigenous relatives as well as a task force for missing and murdered Black women.

Lawmakers are expected to vote on the legislation and attempt to finalize the state’s two-year, $52 billion budget before Wednesday’s deadline to avoid a government shutdown.

The Legislature’s People of Color and Indigenous Caucus released a statement on Monday pushing for several amendments to the public safety package, including limiting pretextual traffic stops, where police pull over a driver for a minor violation like expired tabs. The measure didn’t make it into the package following negotiations with the Republican Senate.

“Black and brown people have not felt safe in Minnesota. This moment requires us to do something different to achieve justice for our community,” the release stated. “We are asking our leaders to meet us in this challenge and intervene where they can enact stronger policies. We are not ‘One Minnesota’ until all of us feel safe and protected, particularly by those sworn to do so.”

On the city level, Minneapolis Mayor Jacob Frey Council member Linea Palmisano and police leadership are recommending some changes to the field training police officer program after an audit found issues including lack of oversight and consistency in training for officers. Funding for the changes will be included in Frey’s budget proposal to be unveiled in August, the mayor said.

Mohamed Ibrahim is a corps member for the Associated Press/Report for America Statehouse News Initiative. Report for America is a nonprofit national service program that places journalists in local newsrooms to report on undercovered issues.