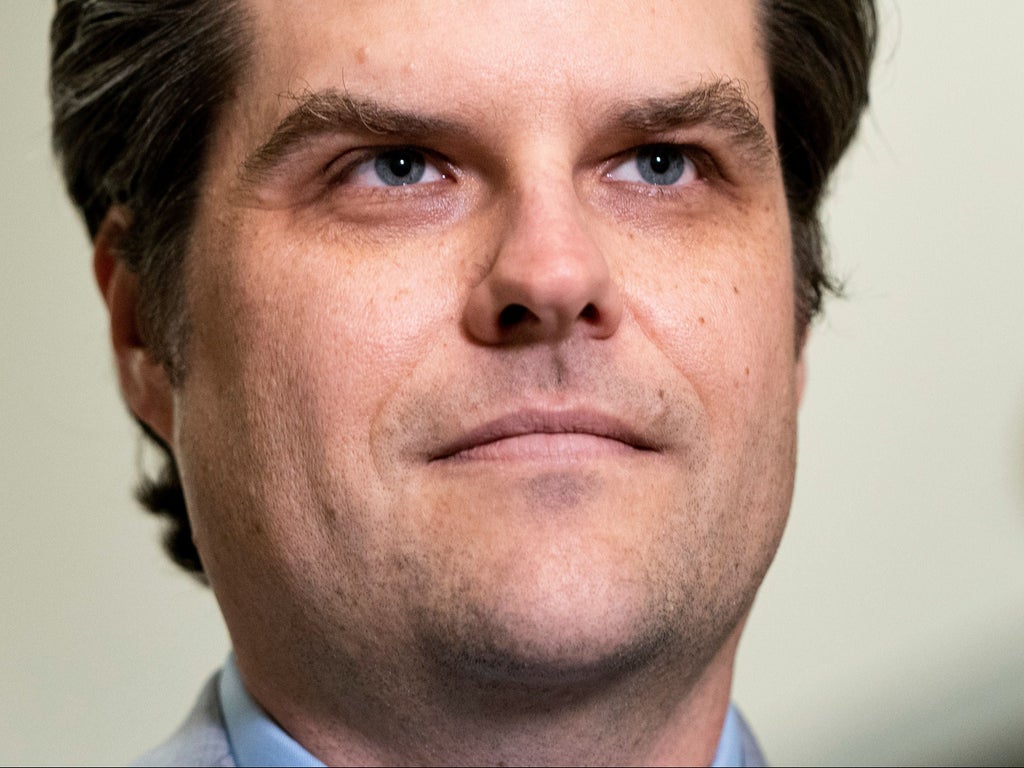 Donald Trump is preparing to run for the Presidency in 2024 as he thinks Joe Biden is “on the ropes”, Republican Congressman Matt Gaetz says.

“He wants to throw punches as a combatant, not a heckler from the stands,” Mr Gaetz told Politico.

Politico reported that Mr Trump has been dropping hints in private conversations about sensing weakness in the Biden presidency and is hankering for a rematch of the 2020 race.

Mr Biden has seen his popularity fall amid the chaotic withdrawal from Afghanistan. He has an approval rating of 45.4 per cent and a disapproval rating of 48.6 per cent, according to a compilation of recent polling by FiveThirtyEight.

Mr Gaetz, who is under federal investigation for possible child sex trafficking, added that Trump is in not in any rush to announce his candidacy because “the base is rightly loyal to him.”

“And a good rule in politics is to be a candidate for as short a time as necessary.”

Mr Gaetz has denied any wrongdoing and has not been charged with a crime.

Mr Trump’s Save America PAC which he formed after leaving office has been quietly building up a presence on the ground in the key caucus state of Iowa.

Other allies of the former President, including Jason Miller, who was detained in Brazil on Tuesday, and Congressman Ronny Jackson and Jim Jordan, have expressed the firm belief that he will run again.

Other sources said Mr Trump will wait until after the 2022 midterm elections to decide whether he will run again.

Last week, outgoing GOG Pennsylvania Senator Pat Toomey said Mr Trump’s behaviour after the 2020 election in which he incited a mob to attack the US Capitol should disqualify him from running again.

The Save America Pac has also been helping to prop up the Trump Organization by renting $40,000-a-month in office space in Trump Tower, the Washington Post reported.

In November 2024 Mr Trump will be 78 years old, while Mr Biden, who has indicated he will seek a second term, will turn 82 on November 20 that year.