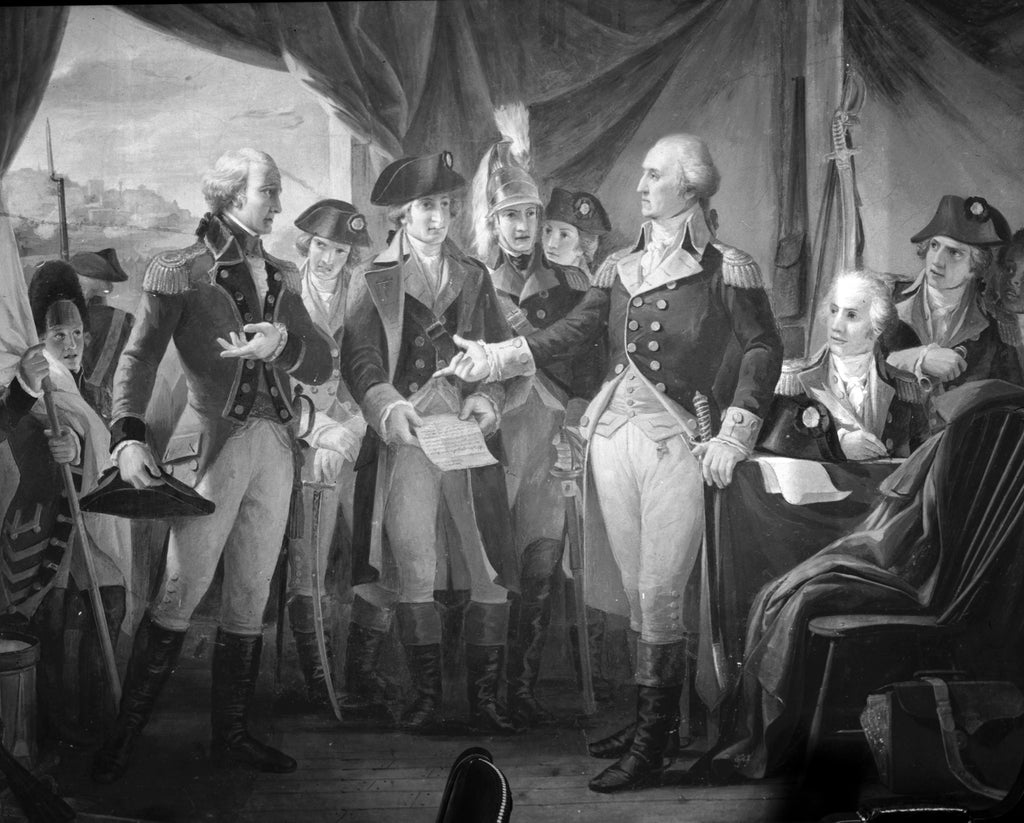 In light of the growing trend of federal and state vaccine mandates to combat surging levels of Covid-19, US Republican Representative Jim Jordan tweeted: “Vaccine mandates are un-American.”

Mr Jordan and other conservatives, both pundits and politicians, have expressed this sentiment, such as Mike DeWine, the governor of Mr Jordan’s home state Ohio, which is experiencing below national targets levels of vaccination.

However, as historical records show, vaccine mandates can be dated back to the days of the Founding Fathers, according to historians.

“Congressman Jordan is just wrong. There’s more than enough history to show we have a precedent for requiring vaccines that goes all the way to George Washington,” political historian Julian E Zelizer told The Washington Post. “This claim that it’s somehow un-American doesn’t match with the actual historical record. I don’t think there’s much of an argument here.”

Vaccine mandates have long been part of the United States’ approach to fighting disease. In January 1777, Washington, who at the time was the general of the Continental forces, pushed for troops to be inoculated against Variola, commonly known as smallpox. During the American Revolution, one of the biggest causes of casualties was disease, with 90 per cent of soldiers dying from it – the most prevalent being smallpox.

According to historical records, the situation was dire. Camps were being transformed into sickbays and it was driving down enlistments. In contrast, in Europe, the early origins of modern day vaccinations were already sweeping across society. This is believed to have given the British army a slight advantage.

Just like today, the move was largely unpopular with Congress when Washington wrote to propose it. In retrospect, the policy was largely deemed a success.  Breakthrough cases appeared, but they did not impede whole regiments like before.

A few decades later, in 1802, Massachusetts became the first state to push for vaccine uptake. In 1809, the state passed the the first vaccine mandate law. By 1900, almost half of the 45 existing states had mandated smallpox vaccines for children going to school.

In 1905, the Massachusetts Supreme Court ruled that people did not have the right to infect other people with smallpox in Jacobson v Massachusetts, which upheld the law after a challenge to the $5 fine imposed on those not compliant.

In 1963, 20 states, along with Washington DC and Puerto Rico, had added more vaccines to the mandate list. Other diseases, such as measles, promoted more government intervention in the 1960s, leading to areas in the 1970s seeing much lower death rates from the disease than those who had not mandated vaccines. For example, in Los Angeles and Alaska, mandates drastically increased attendance in classrooms, and in response, scientists called vaccine mandates a successful public health policy, according to Fox 10.

Polio and DTP vaccines also become available to schools after federal funding from the Kennedy administration, according to the Immunization Action Coalition. They stated in 1971 that the CDC took the smallpox vaccination out use due to the disease being declared eradicated. The development in vaccines and present illnesses has led to changes in what vaccines are needed to mandated, however vaccine mandates have stayed in place.

Exemptions to the vaccine mandates apply, such as to people with allergies or immune systems deemed unable to handle it. In 48 states, varying degrees of religious exemptions also apply.

Currently, the biggest virus threat to society is Covid-19, which has three vaccines approved for use in the US. The Moderna and Johnson & Johnson vaccines have emergency authorisation, while the Pfizer has been given full authorisation by the Food and Drug Administration.

President Joe Biden has tried to implement vaccine mandates across society via requiring all federal workers to be vaccinated and calling on private businesses to do the same.

“I’m calling on more companies in the private sector to step up with vaccine requirements that will reach millions more people,” he said in address last month.

Experts have pointed out that there is not much that can be done at a federal level, due to it being an issue for each individual state.

“I should say that it’s a misconception that President Biden has the power to have a nationwide vaccine mandate. Traditionally, vaccine mandates have been imposed by cities and states,” Lawrence Gostin, a professor in global health, told NPR.

According to a poll by the Associated Press published last month, half of US workers are in favour of vaccine mandates at their jobs.