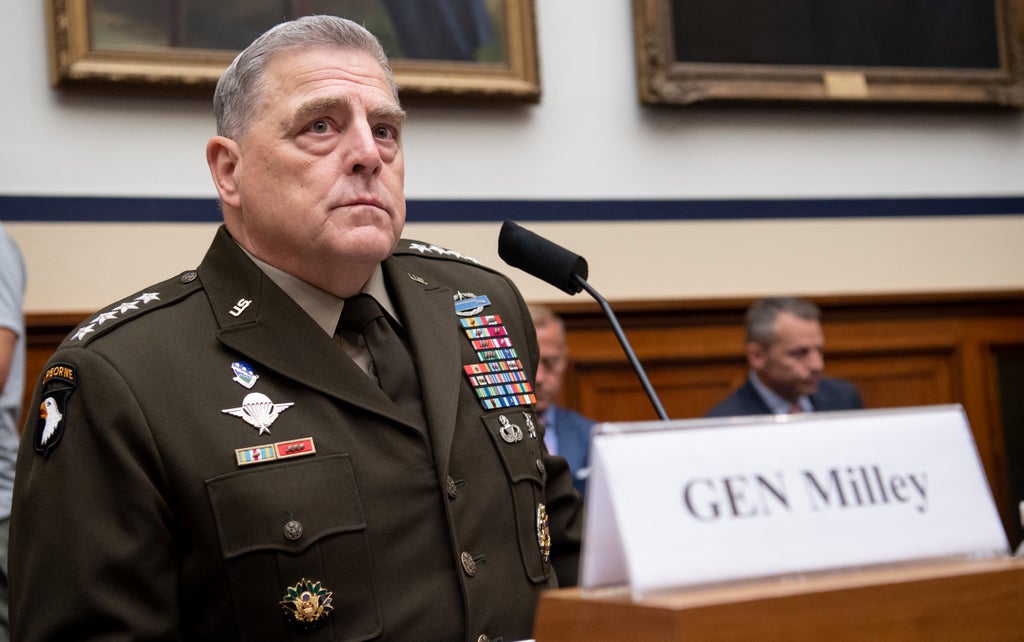 A Fox News host says he read Mein Kampf at school as he criticised the head of the United States military.

Brian Kilmeade made the surprising statement as he took issue with Joint Chiefs Chairman General Mark Miley, the most senior general in the country.

Last week General Milley took issue with Republicans in Congress for their attacks on the Defense Department’s diversity efforts and accused the military of embracing “critical race theory.”

He said it was “offensive” that military personnel were being called “quote, ‘woke’ or something else, because we’re studying some theories that are out there.”

And as he pushed back he said that he read Mao Zedong, Karl Marx and Lenin, but “that doesn’t make me a communist.”

And he added: “So what is wrong with understanding, having some situational understanding about the country for which we are here to defend?”

The academic theory, which suggests that systematic racism is part of American society, has become a hot button issue for Republicans over the last few months.

Kilmeade took exception to that explanation on the channel on Monday morning, as he claimed that Adolf Hitler’s autobiographical Nazi Party manifesto had been taught at Massapequa High School on Long Island, New York, in the early 1980s.

“I thought general Miley totally missed the point last week. He says ‘Oh I read Mao, I read Stalin’ that has nothing to do with it,” complained Kilmeade.

“We read Mein Kampf in school, no one thought we were Nazis, that is part of the curriculum, you find out about other things and other insurgencies, we get it, that has nothing to do with critical race theory.”

Written in prison after Hitler’s failed coup attempt, the book outlines his antisemitism and his political ideology. The book is subject to some restrictions in Germany and other countries.