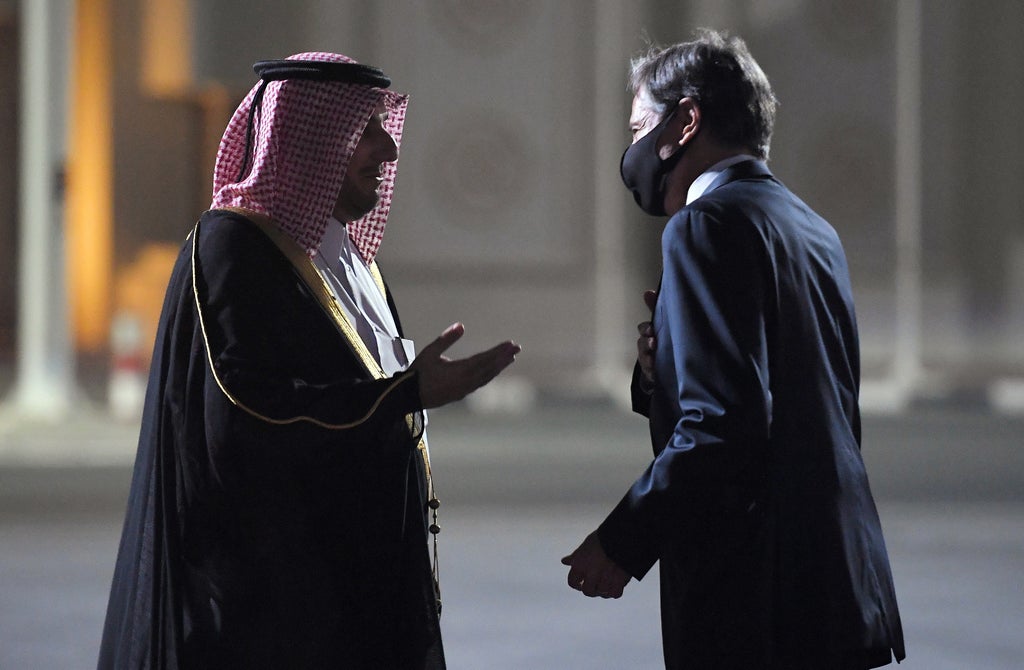 US Secretary of State Antony Blinken arrived in Doha on Monday to support ongoing efforts to pull the remaining Americans and its at-risk allies out of Afghanistan.

Mr Blinken said he would also be visiting Germany on the trip to thank US partners for the “outstanding support they’ve given to safely transit US citizens, Afghans, and other evacuees from Afghanistan”.

The visit came as a State Department official said four more Americans had been taken safely out of Afghanistan over an unspecified land border.

On Sunday, planes that were ready to evacuate American citizens and green card holders out of Afghanistan were being denied permission to leave by the Taliban.

Departing for Doha, Qatar and Ramstein, Germany where I’ll have the opportunity to thank our Qatari and German friends in-person for the outstanding support they’ve given to safely transit U.S. citizens, Afghans, and other evacuees from Afghanistan. pic.twitter.com/ZQDDiaCJ5y

CBS News reported that charter flights were ready to depart from the Mazar-i-Sharif airstrip in northern Afghanistan and had permission to land in Doha.

“The Taliban is basically holding them hostage to get more out of the Americans,” a source told CBS News.

The US military has evacuated 120,000 Americans and Afghan allies since it announced its withdrawal from the country after a near 20-year occupation and war.

While plans for the evacuation began some time ago, the US military did not anticipate the speed at which the Afghan government would fall.

On August 30, Mr Blinken announced the airlift phase of the operation had been finished, but efforts to withdraw remaining Americans was continuing.

“We’ve gotten many out, but many are still there. We will keep working to help them. Our commitment to them has no deadline.”

An estimated 2,000 US Embassy contractors and immediate family members remain stranded in Afghanistan, some of the many vulnerable Afghans who slipped through the cracks of the hasty departure.

President Joe Biden has blamed the rapid Taliban takeover on the Afghan military and government, and called the withdrawal an “extraordinary success”.

However, Republicans have castigated Mr Biden over the way the operation was handled.

After facing a barrage of criticism over the evacuations, Mr Biden’s approval rating dropping from 50 per cent in June to just 44 per cent last week.