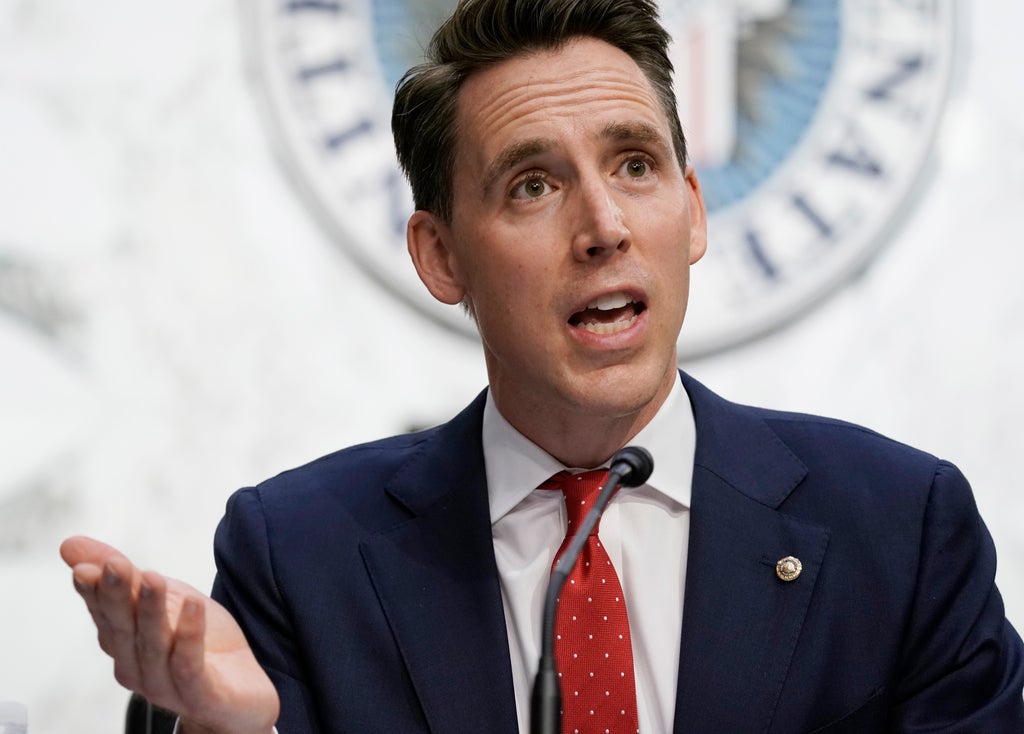 Former FBI Special Agent Clint Watts told MSNBC’s The Sunday Show that politicians were helping to fuel the rise of domestic extremism and singled out Mr Hawley and Donald Trump by name.

Mr Watts said political leaders were directing extremists at particular targets such as the US Capitol.

“It’s our political leaders that are doing this more than domestic extremists,” Mr Watts, who served on the Joint Terrorism Task Force, said.

“It was Josh Hawley out there fist-bumping the crowd, right? Before it went in,” he added.

“That’s the thing we look for to see, hey, where are they tipping to. For the most part, the groups aren’t picking the targets. It’s the elected leaders.”

Mr Watts was asked about former President George W. Bush’s comments at Saturday’s Flight 93 memorial in which he linked the ideology of the 9/11 terrorists and the mob who stormed the US Capitol.

Mr Bush was widely praised for the speech, where he warned “dangers can come not only across borders but from violence that gathers within”.

“We developed an entire architecture that was focused on a group or relatively defined group, I should say, al Qaeda and then it spawned the Islamic State, so we had a terrorist designation. That we just do not have in the domestic space and it perplexes our ability because that brings up laws and procedures.”

“It’s been the crux of the debate since January 6th; what are Americans, you know, willing to let American law enforcement do to protect them? It’s just not very clear,” he continued.

The US Capitol Police are bracing for a rally on September 18 in support of the more than 600 rioters who were arrested after January 6.

Experts have warned of the danger of further violence at the rally, which will be the largest gathering of Trump supporters in DC since January 6.

A suspected white supremacist was arrested on Sunday night by US Capitol Police carrying a bayonet and machete in his pickup truck near the Democratic National Headquarters.