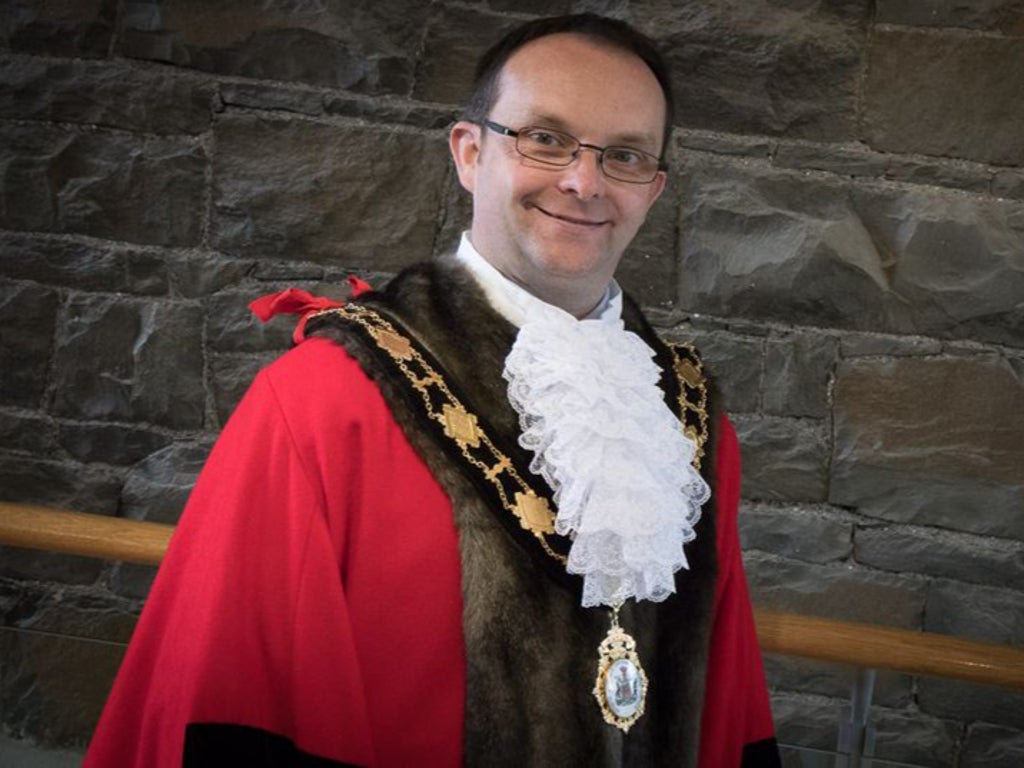 A former DUP mayor has died after a long stint in hospital due to coronavirus, with colleagues hailing him as one of the “genuinely nice guys in local politics”.

Father-of-two Paul Hamill, 46, was a popular member of Antrim and Newtownabbey borough council, on which he served for seven years and was a councillor for when he passed away.

DUP Leader Sir Jeffrey Donaldson paid tribute to the “hard-working and dedicated representative for the people of the Macedon area”, adding his “loss will be keenly felt”.

He said: “Having served as mayor of Antrim and Newtownabbey, Paul was known and respected right across the community.

“We in the DUP have lost a dear friend and colleague, but my thoughts are with Paul’s wife Ruth, his children and the wider family circle. They will be in our prayers as Ruth mourns her husband and the girls try to understand the loss of their daddy.”

In a statement issued on Tuesday night, Antrim and Newtownabbey’s current mayor Billy Webb confirmed “with great sadness” that Hamill “sadly lost his battle with Covid”.

It was not immediately clear when, or how, the councillor contracted the virus though reports suggest he had been ill and in hospital “for some time”.

A review of Hamill’s social media presence appears to reveal he was sceptical about Covid-19, as well as the preventative measures and vaccines used to stem its spread.

Various posts he retweeted – some as recent as 7 and 16 August – discuss the much-debated, bogus claim “that the Covid vaccines are not safe or effective” as well as the view that the entire coronavirus pandemic was some kind of “global propaganda operation”.

News of his death shocked and saddened Irish officials from across the political divide, some of who expressed their condolences online.

Karen Smyth, from the Local Government Association, tweeted: “Shocked and saddened by the news that Paul Hamill has died as a result of Covid 19. Paul was an enthusiastic and dedicated public servant with a young family. Everyone at NILGA will miss him.”

Alliance councillor Tom Campbell said of his colleague on Antrim and Newtownabbey council: “Very sad news that our council colleague, Paul Hamill, has died. One of the genuinely nice guys in local politics, he will be greatly missed.”

“On behalf of the Ulster Unionist Party I extend my sincere sympathies to Paul’s wife Ruth, their children and extended family. I also offer my condolences to Paul’s colleagues,” he said.

“This is devastating news for them all and is hard to take in. Paul will be sadly missed by his family and many friends.”

The news comes two weeks after some of Hamill’s friends asked for prayers for the councillor who was in Antrim Hospital. Traditional Unionist Voice leader Jim Allister offered his condolences to the family at the time.

In 2018, when he was mayor, Hamill become well-known for an address he gave in Irish at an event he hosted at The Mill, in Newtownabbey, for language groups and schoolchildren.

Some 200 people watched as he told them he was a “mayor for all the people in the borough”. A nationalist friend who spoke Irish had initially helped him learn a few sentences and he also sought assistance with his pronunciation from a teacher at an Irish-medium school, according to the Belfast Telegraph who spoke to him at the time.

“As mayor I feel it is right for me to say a few words in Irish at the beginning to welcome everybody. I think it will be a great night and I am very much looking forward to it,” he told the paper.

Mr Webb, the current mayor, finished his statement by saying he would open a virtual book of condolence on Wednesday, and invited “everyone who knew Paul to leave a message paying tribute to his memory and many accomplishments”.