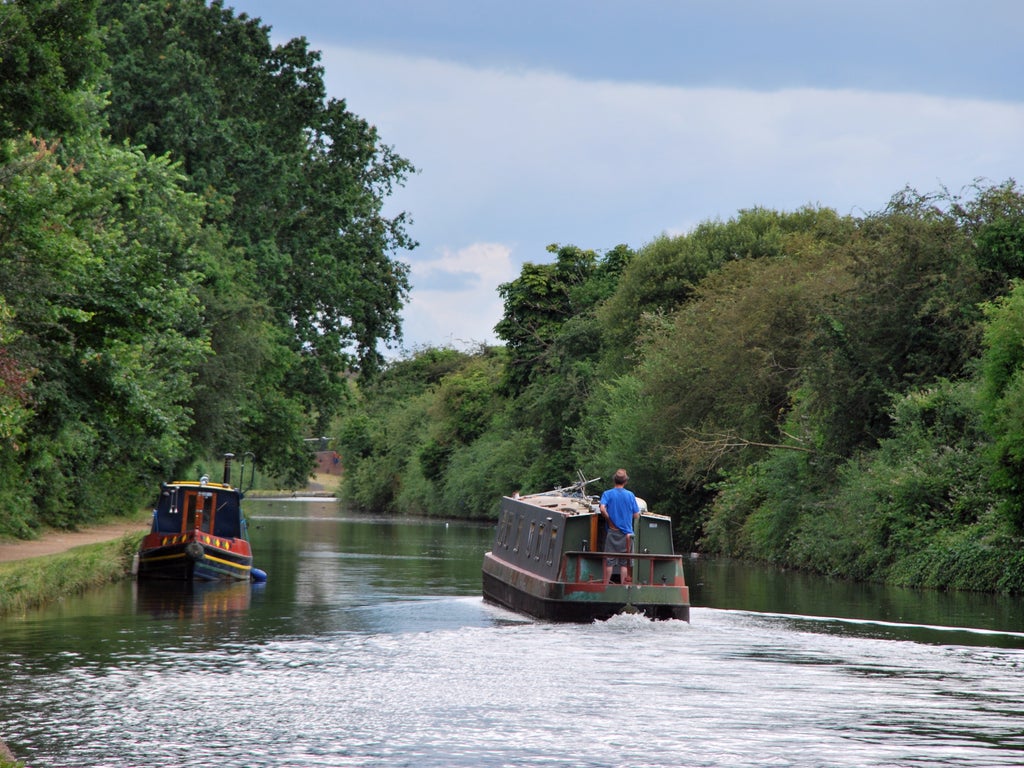 Covid and climate fears appear to be driving a surge in the number of people swapping hotels for boating holidays.

With the coronavirus pandemic grounding international flights, many families opted for a staycation last summer – and some stepped into the realm of boating holidays for the first time.

According to Lesley Robinson, chief executive of British Marine, which hosts the annual Southampton International Boat Show, marinas have waiting lists for the first time in five years and the demand for boats – both new and second-hand – is currently “really, really strong”.

The leisure marine industry, like most, has been hit hard by Covid but a boom in boating interest and what Ms Robinson calls the “UK staycation effect” is helping it recover.

“Like every other industry, the leisure marine industry was hit when we all went into lockdown in March 2020,” she told The Independent.

“Obviously Brexit has had an impact like it has on other industries – some of the new documentation, for example, that people have to fill out, if you want to buy a new boat in Europe at the moment there’s a relief that you don’t have to pay a second lot of VAT but that will disappear and could have an impact.

“But actually, the bigger impact I think at the minute is the consequences of Covid generally; the things we’re all seeing on the supply chain, on labour, the shortage of lorry drivers meaning it’s difficult to get supply chain components in and Covid happening in other countries where our supply comes from.

“So we were hit badly but what we have seen in the summer of last year and this year is that consumer demand.

“Late last year it was a way of getting out safely and again this year with the UK staycation effect and the impact of that has actually helped our industry recover somewhat.”

Ms Robinson, who received an OBE in the Queen’s Birthday Honours for her services to the leisure marine sector, said holiday boat hire companies have seen a surge in bookings not only this summer, but also for next year.

“To give you one example, we’ve got a member who is a canal boat operator in the Midlands, 15 marinas and a big hire fleet business, and like so many others they are completely booked at the moment beyond the half-term and into much later in the season than normal,” she said.

“I just had a quick word and asked what it’s looking like for next year and, compared to where they would normally be pre-pandemic, their bookings for 2022 are three times as much and that’s not deferrals from this year, that’s real new bookings.”

ABC Leisure Group, which provides narrow boats for hire from 15 inland marinas across England, Scotland and Wales, said its income was up 26 per cent compared to 2019.

The Canal River Trust said its figures covering this August showed lock usage was up by 10 per cent compared to the same time last year and also surpassed the two previous pre-pandemic years, with usage up nearly a third on 2018.

While Drifters Waterway Holidays, which is made up of nine hire boat companies, including ABC and Black Prince, said all its operators had experienced a record year despite losing the first six weeks of the season, including Easter.

The company said the vast majority of its operators’ boats, which represent just over half the canal boat hire market, were fully booked throughout summer, with September and 2022 also looking busy.

Ms Robinson believes the trend could be here to stay as more people discover the mental health benefits of getting out on the water, such as reducing anxiety, and that it’s “on the whole environmentally friendly.”

“People are slowing down,” she said, and discovering the “fantastic” coastlines the UK has to offer.

While boating has traditionally been a popular pastime in Britain, the British Marine boss says the industry is seeing a slightly younger demographic and more families getting involved.

She also hopes to act as a role model and encourage more women to get involved in the industry to help improve the gender balance, which she says is “changing gradually but is not where it should be”.

British Marine – the trade association for the UK leisure, superyacht and small commercial marine industry – is currently hosting its annual Southampton International Boat Show which aims to make getting on the water accessible to everyone, whether that’s by yacht, kayak or paddleboard.

The event, which was cancelled last year because of the pandemic, is being held until Sunday and offers visitors the chance to try out many different forms of boating and water sports.

The organisers are currently in their third year of a five-year pledge to make the show more sustainable, which includes exhibitors abandoning all single-use plastic bottles and only using compostable cups and plates, while water points have been placed around the site for people to refill reusable flasks.

In 2019, the event led to 7.5 tons of waste being diverted from landfill because of these actions – a target British Marine hopes to beat this year.