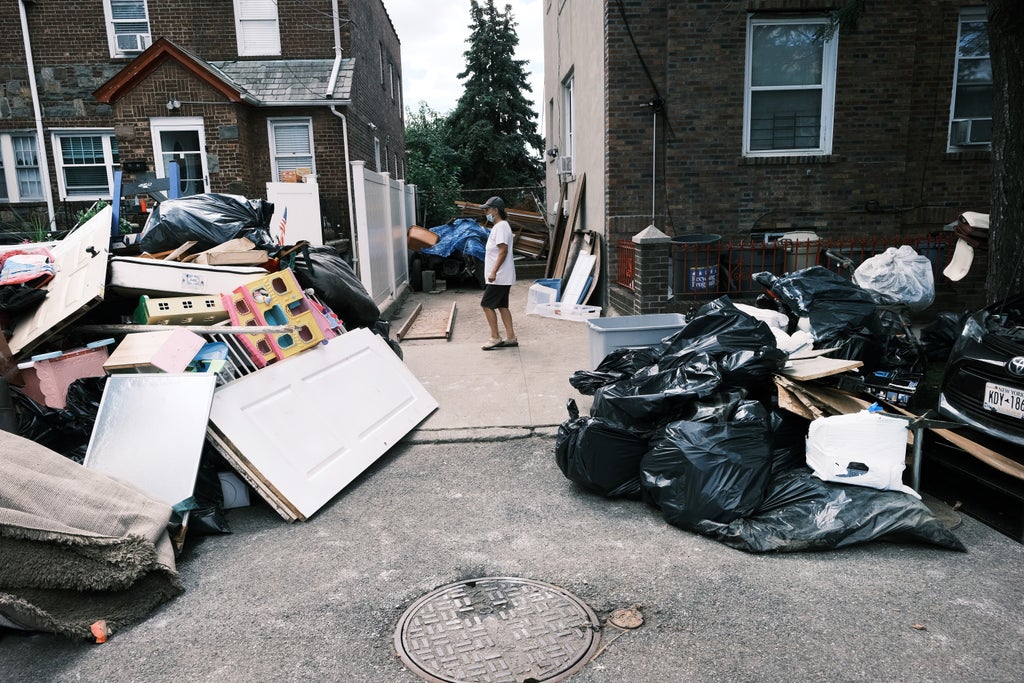 Joe Biden will travel to neighbourhoods in New Jersey and New York on 7 September to survey impacts from the remnants of Hurricane Ida after flash flooding killed at least 43 people across four northeastern states and damaged thousands of homes.

The president will visit the borough of Queens in New York City, where at least 13 people were killed in flooding on 1 September. Most of the victims were immigrants living in illegally constructed lower-level units without legal approval for residential spaces, according to the city’s Department of Buildings.

Five of the six properties where people died in the floods were illegally converted basement and cellar-level apartments. Four of those addresses are in Queens.

Illegal conversions include altering a building into apartments without permits or city approval. Those units often do not include emergency exits, have illegal gas and electrical work and a lack of ventilation and light.

As of this month, the city has collected more than 8,000 complaints this year for suspected illegal apartment conversations. Some estimates put the number of illegal conversions at more than 100,000.

In the neighbourhood of Woodside, Queens, dozens of homes were inundated, and many residents have reported not receiving any aid or support from elected officials or emergency response teams.

Mayor Bill de Blasio and US Rep Alexandria Ocasio-Cortez will visit the neighbourhood on 6 September.

At least 26 people died in flooding in New Jersey; at least 18 died in Central Jersey, including four people in Somerset County, where Manville is located.

The president has activated emergency federal assistance for both states to aid state, county, local and tribal recovery efforts.

His travel to the northeastern US follows his tour of damage in several areas in south Louisiana devastated by Ida’s lethal-force winds and floods after it entered the state on 29 August.

Thousands of homes in the state were destroyed, and much of the region remains without power, as utilities dispatch thousands of workers from several states to repair downed transmission lines.

The White House has deployed eight FEMA teams across four states; five are in Louisiana, and one each is in Mississippi, New Jersey and New York.

“We’re in this together, and so we’re not going to leave any community behind – rural, city, coastal, inland,” the president told local leaders in Louisiana on Friday as he addressed Ida response efforts. “And I promise we’re going to have your backs until this gets done.”