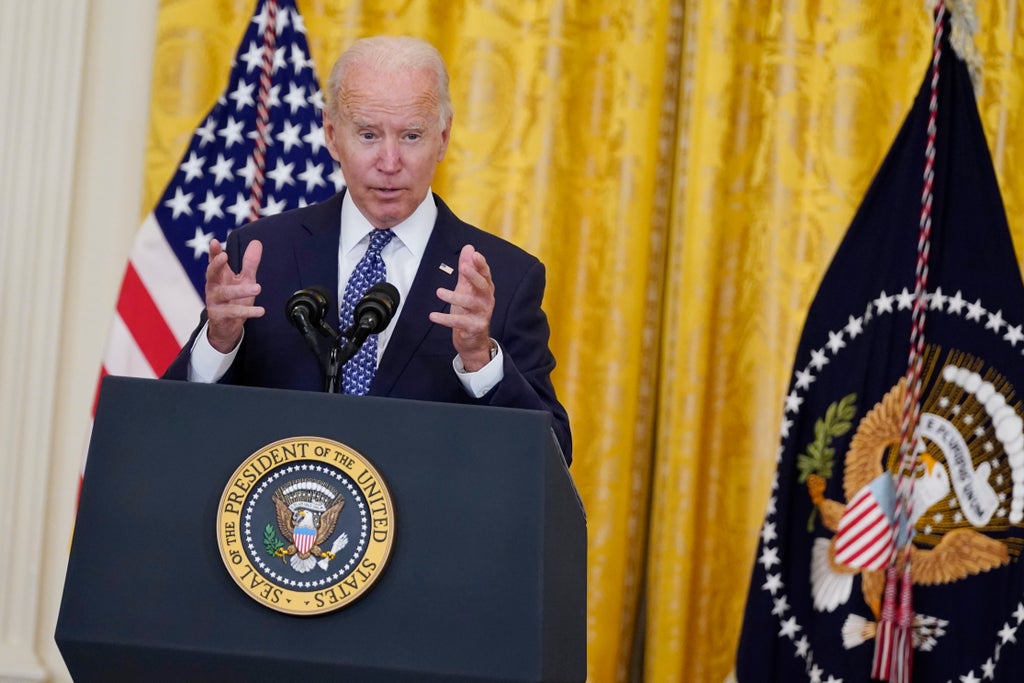 A new set of Covid-19 rules, including testing and mandates that will depend on an individual’s vaccination status, will be announced by president Joe Biden on Thursday, the White House said.

Mr Biden will present a six-pronged strategy to fight the spread of the highly contagious Delta variant of the coronavirus, which has wreaked havoc in the US.

White House press secretary Jen Psaki told reporters on Wednesday that Mr Biden will lay out the strategy “working across the public and private sectors to help continue to get the pandemic under control.”

With the rising caseload and increasing apprehension against vaccines among a section of people, concerns have also emerged over children returning to schools.

The US Centres for Disease Control and Prevention (CDC) released two studies on Friday which found minors are more likely to be hospitalised due to the Delta variant. They are, however, unlikely to contract a severe illness.

In Florida, funeral homes are struggling with a monumental rise in deaths related to the virus. Over the last week, an average of 345 people per day died from Covid-19 in the state.

Mr Biden had previously announced plans to offer booster shots, which his chief medical adviser Anthony Fauci said will be given out from 20 September. The government, however, is awaiting regulatory approval.

The president is also expected to address vaccine requirements for public-sector employees. The administration has made it mandatory for federal workers to attest to being vaccinated or be subject to stringent mitigation requirements. Similarly, all nursing homes have been directed to vaccinate their staff in order to continue receiving Medicare and Medicaid funds.

Despite a surge in cases, the Biden administration believes they cannot order a vaccine mandate for the entire eligible population.

“We’ve seen that there is a range of ways to increase vaccinations. One of them is private sector companies mandating, in different capacities, that their employees get vaccinated, or certain school districts mandate. Another is certainly fear of the Delta variant. And we need to continue to take more steps to make sure school districts are prepared and make sure communities across the country are prepared,” Ms Psaki was quoted as saying by CNN.

According to the CDC, at least 53 per cent of the population are fully vaccinated and over 62 per cent have received the first dose of vaccine. The US accounts for the lion share of infections in the world with over 40 million cases and more than 649,299 deaths.