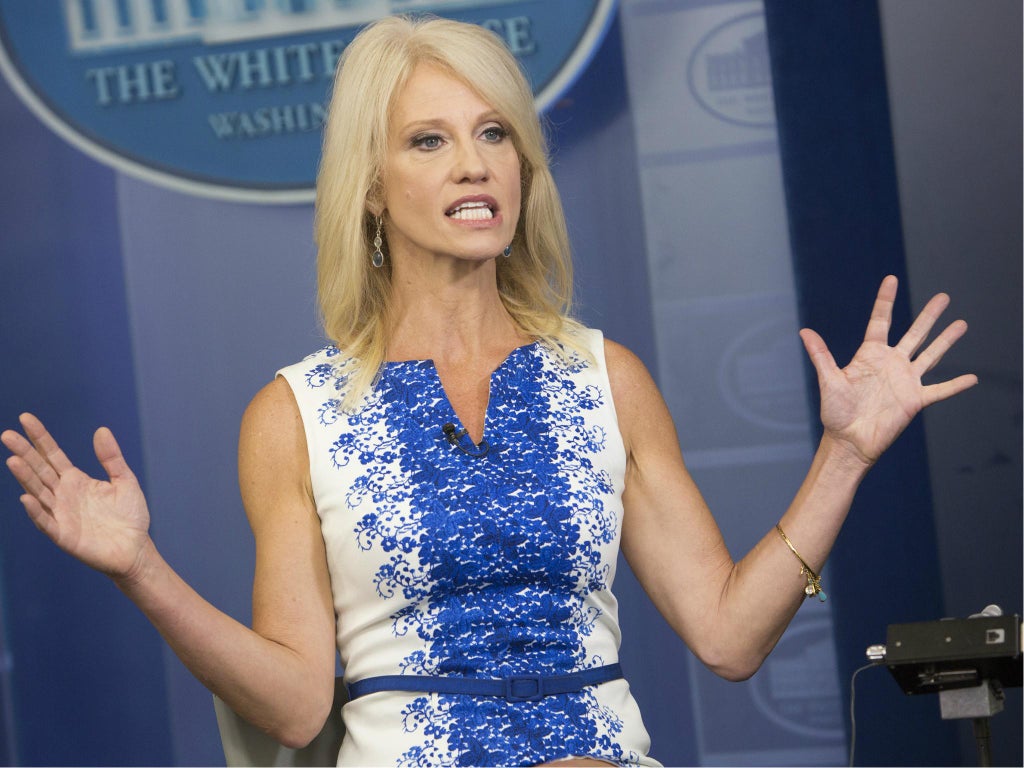 Current White House press secretary Jen Psaki confirmed the request had been made, maintaining that the move was about qualifications and not politics.

Mr Spicer and Ms Conway were appointed to the advisory boards of the Naval Academy and Air Force Academy. Other Trump-era appointees to receive the notice included former national security adviser HR McMaster, on the board of West Point, and former director of the Office of Management and Budget, Russell Vought, according to CNN, which was the first to report the request.

Ms Conway also refused to voluntarily step away from the post, saying it was a break from presidential norms that was “petty and political, if not personal”.

“Your decision is disappointing but understandable given the need to distract from a news cycle that has you mired in multiple self-inflicted crises and plummeting poll numbers,” Ms Conway said.

“President Biden, I’m not resigning, but you should,” she added in a tweet.

Mr Spicer said on his Newsmax show, Spicer & Co, that he would not resign and would join a lawsuit to fight the termination.

“These bodies have been free from politics and worked in a bi-partisan way until today, this administration made them political,” Mr Spicer said.

“Not one Obama appointee on these boards was removed when Trump came in. Not a single one. This move has taken partisanship to a new level.”

Other appointees asked to resign include Michael Wynne, Air Force Academy, retired General John Keane, Meaghan Mobbs, and David Urban on the board of West Point, and John Coale on the Naval Academy board.

Ms Psaki told reporters on Wednesday that the president’s objective was to ensure people serving on the boards were qualified aligned with his values.

“I will let others evaluate whether they think Kellyanne Conway and Sean Spicer and others were qualified, or not political, to serve on these boards,” Ms Psaki said.

“But the President’s qualification requirements are not your party registration, they are whether you’re qualified to serve and whether you’re aligned with the values of this administration.”