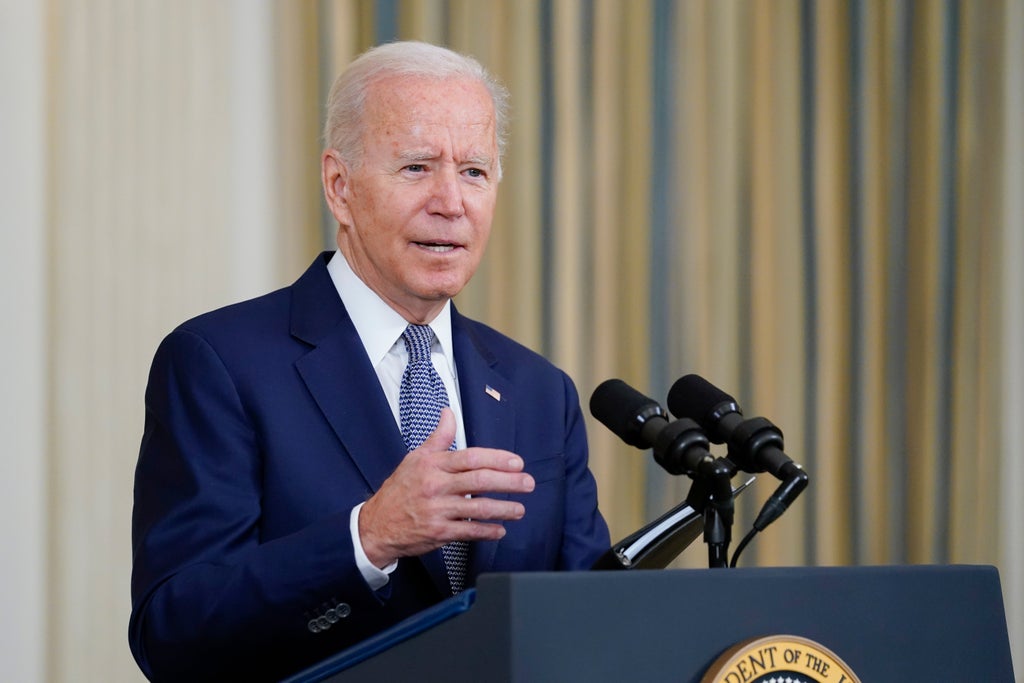 President Joe Biden made clear his aim to be America’s labour president on Wednesday during an address alongside labor leaders including the newly-elected president of the AFL-CIO, the country’s largest union federation.

The president, who has frequently touted his own working-class roots, characterized his career on Wednesday as being a product of the labour movement’s support, which he credited for educating him on many issues and informing his many years in Washington.

Unions, he added, were responsible for growing the American middle class and building “worker power” that he said was necessary to even the scales in the workplace and introducing a democratic system to the worker-employer relationship.

That relationship has been violated since the 1980s, the president continued, and while not naming former Presidents such as Ronald Reagan and George H.W. Bush clearly linked the deregulatory and anti-union policies of the era to soaring US productivity coupled with stagnant wages.

“Government should never be a barrier to workers organizing. It’s government’s job to remove those barriers. But it’s up to workers to decide whether to organize or not,” said the president.

“Workers who join unions gain power. Power over the decision and decision makers that affect their lives…in a simple word, unions mean there is a democracy. Organizing and joining a union, that’s democracy in action,” he continued.

His remarks come amid a wave of unionization efforts in America. Most notably, workers at an Amazon warehouse in Bessemer, Alabama, are hoping for a rerun of their failed vote to form a union in the coming weeks and months following an official with the National Labor Relations Board (NLRB) finding that the company’s anti-union efforts interfered with the unionization drive enough to warrant the results of the unionization vote in April being thrown out. The company has vowed to appeal.

Union leaders have seen much in the way of vocal support for their policy goals from the White House under Mr Biden’s leadership, but have yet to see many of those goals become reality.

Earlier this year Democrats abandoned a push to increase the minimum wage to $15 per hour after the Senate parliamentarian advised that such a measure could not be passed through the 50-vote reconciliation process.

The PRO Act, a piece of pro-union legislation that would limit companies’ anti-union efforts, remains stalled in the Senate as Democrats have yet to even reach the 50 votes needed to reach the reconciliation threshold and have not yet shown an intent to push that legislation through a reconciliation package.