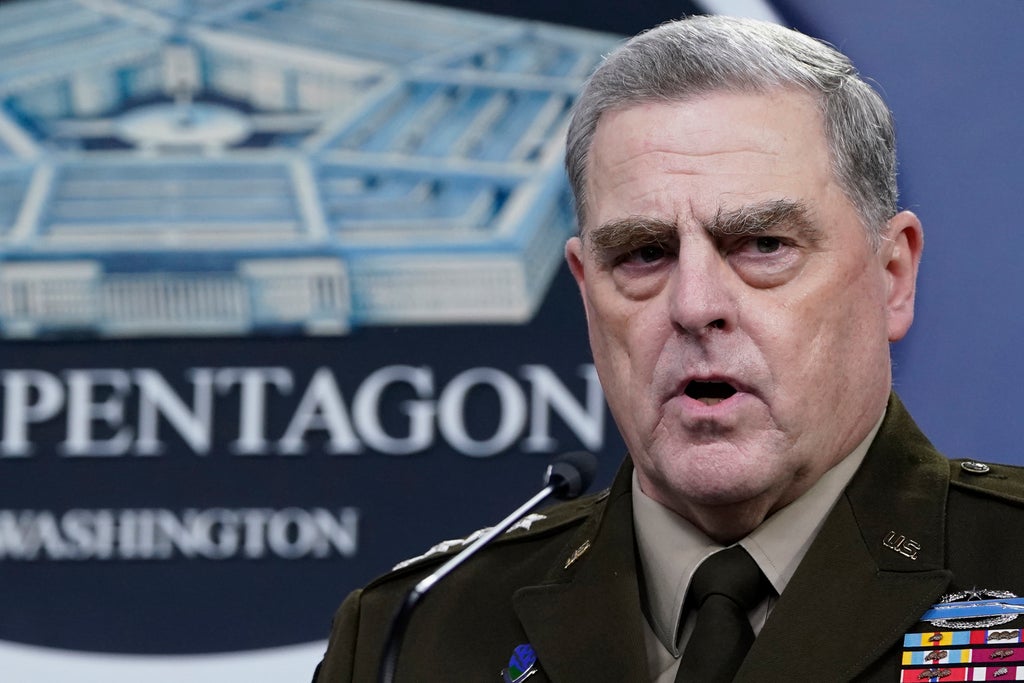 President Joe Biden has defended General Mark Milley, chairman of the joint chiefs of staff, amid a controversy about the general’s allegedly secret calls to China in the final months of the Trump administration.

“I have great confidence in General Milley,” the president said on Wednesday.

According to a new book by journalists Bob Woodward and Robert Costa, General Milley made two secret phone calls in late 2020 and early 2021 to a top Chinese general, Li Zuocheng, to reassure him that the United States did not intend to go to war with China.

Republicans have lashed out over the calls, with Mr Trump himself accusing General Milley of “treason.”

A spokesperson for General Milley has defended his actions.

​​”The Chairman of the Joint Chiefs regularly communicates with Chiefs of Defense across the world, including with China and Russia,” Colonel Dave Butler said in a statement. “These conversations remain vital to improving mutual understanding of US national security interests, reducing tensions, providing clarity and avoiding unintended consequences or conflict.”

This is a breaking news story. More to follow