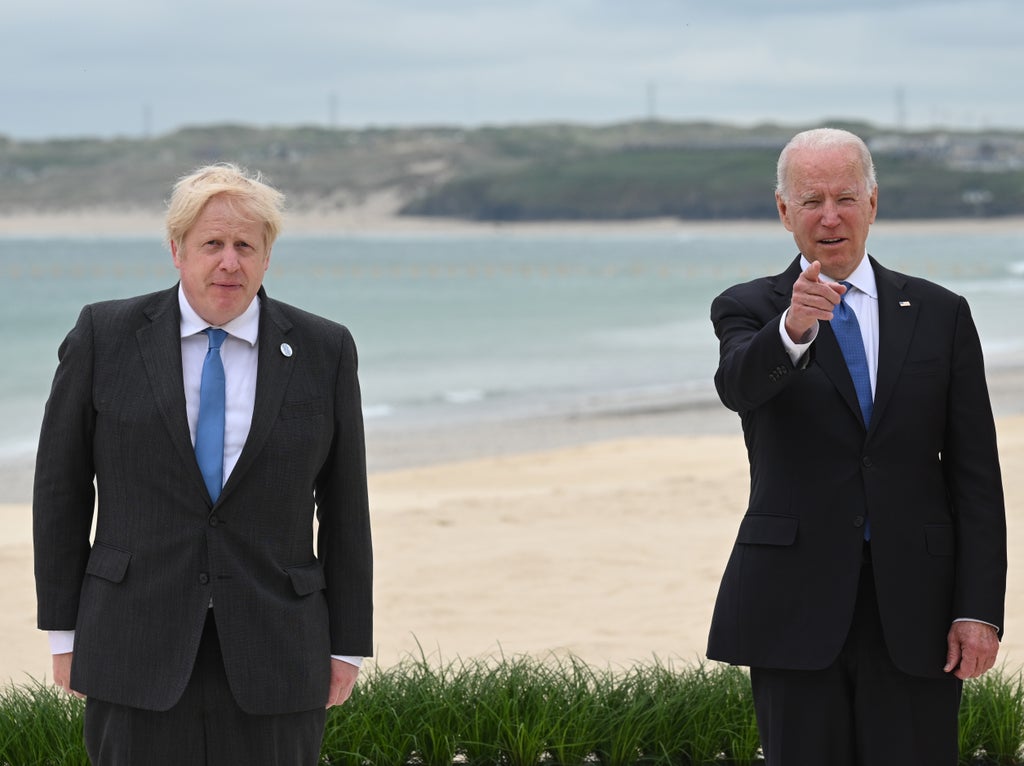 Boris Johnson is set to make an announcement on national security alongside the leaders of the US and Australia amid reports of a new alliance agreed between the three countries to counter China.

“At 2200 BST tonight the Prime Minister will make an on-camera address, alongside US President Biden and Australian Prime Minister Morrison, on a strategic national security announcement,” Downing Street said in a statement.

Politico has reported that the three leaders will announce a new working group, known by the acronym AUKUS, to help the countries share information in key technological areas, such as artificial intelligence, cyber, underwater systems and long-range strike capabilities.

It said sources had put forward that the “subtext” to the move was a bid by Western allies to “push back on China’s rise in the military and technology arenas”.

The joint announcement is also expected to confirm that the US will provide a nuclear-powered submarine to Australia, with Scott Morrison’s government abandoning its $90bn submarine deal with France, according to reports.