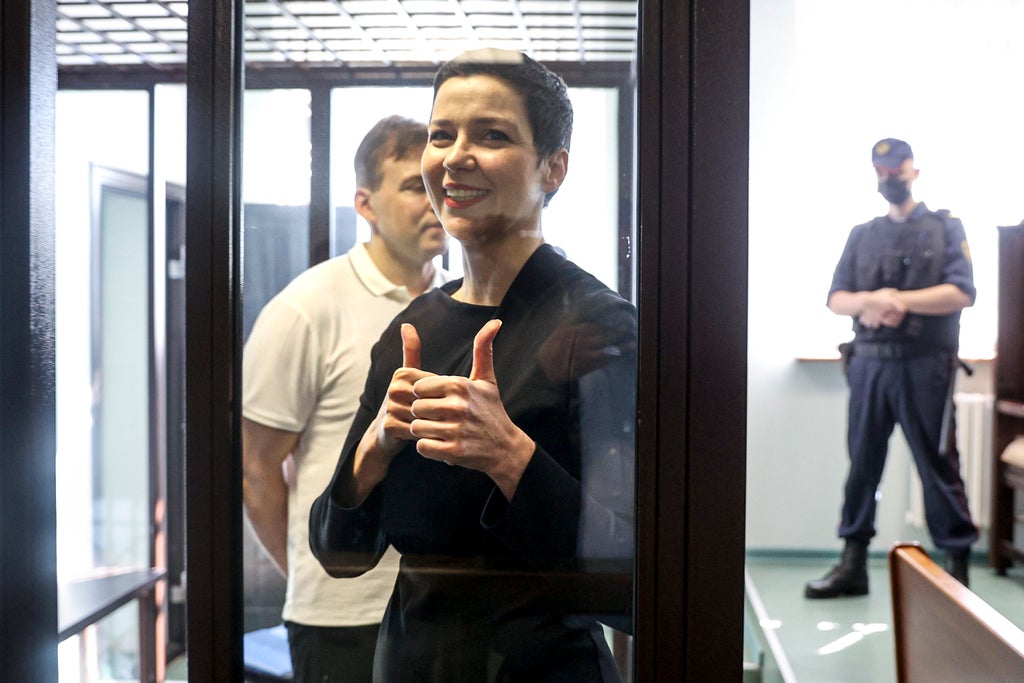 A court in Belarus on Monday sentenced two leading opposition activists to lengthy prison terms, the latest move in the relentless crackdown Belarusian authorities have unleashed on dissent in the wake of last year’s anti-government protests.

Maria Kolesnikova a top member of the opposition Coordination Council, has been in custody since her arrest last September. A court in Minsk found her guilty of conspiring to seize power, creating an extremist organization and calling for actions damaging state security and sentenced her to 11 years in prison.

Lawyer Maxim Znak, another leading member of the Coordination Council who faced the same charges, was sentenced to 10 years in prison.

Kolesnikova, who helped coordinate monthslong opposition protests that erupted after an August 2020 presidential vote, resisted authorities’ attempts to force her to leave the country. When officers of the Belarusian security agency drove her to the border with Ukraine last September to forcibly expel her, she ripped up her passport and walked back into Belarus to face arrest.

Kolesnikova and Znak stood trial behind closed doors, with their families only allowed to be present at the sentencing hearing on Monday.

“For many, Maria has become an example of resilience and the fight between good and evil. I’m proud of her,” Kolesnikova’s father, Alexander, told The Associated Press on Monday. “It’s not a verdict, but rather the revenge of the authorities.”

Belarus was shaken by months of protests fueled by President Alexander Lukashenko’s being awarded a sixth term after the August 2020 presidential vote that the opposition and the West denounced as a sham. He responded to the demonstrations with a massive crackdown that saw more than 35,000 people arrested and thousands beaten by police.