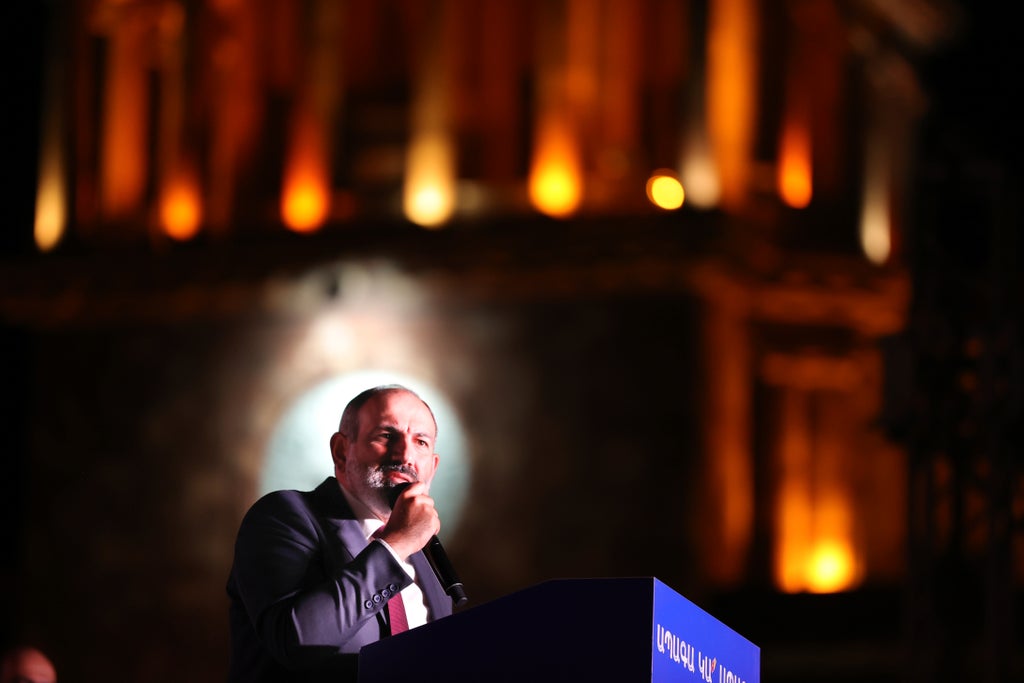 Armenia’s national elections commission on Sunday denied a claim by major opposition groups that the parliamentary election results that gave an overwhelming victory to the acting prime minister’s party are invalid.

Those blocs and a smaller party that didn’t win seats issued a statement saying the results should be declared invalid because of voting violations.

Elections commission head Tigran Mukuchyan rejected the claim, saying it didn’t show that violations affected the outcome. The head of Kocharyan’s bloc, Aram Vardevanyan, said the opposition would lodge an appeal with the constitutional court.

The snap election followed months of protests against Pashinyan after he signed a peace deal ending last year’s six-week war with Azerbaijan The deal ceded large swaths of territory in Azerbaijan that had been controlled by Armenian forces since 1994 and was a severe blow to Armenian nationalists’ pride.

Pashinyan stepped down as prime minister, as required by law to hold the election, but remained the country’s leader, and appears certain to become prime minister again when the new parliament convenes.