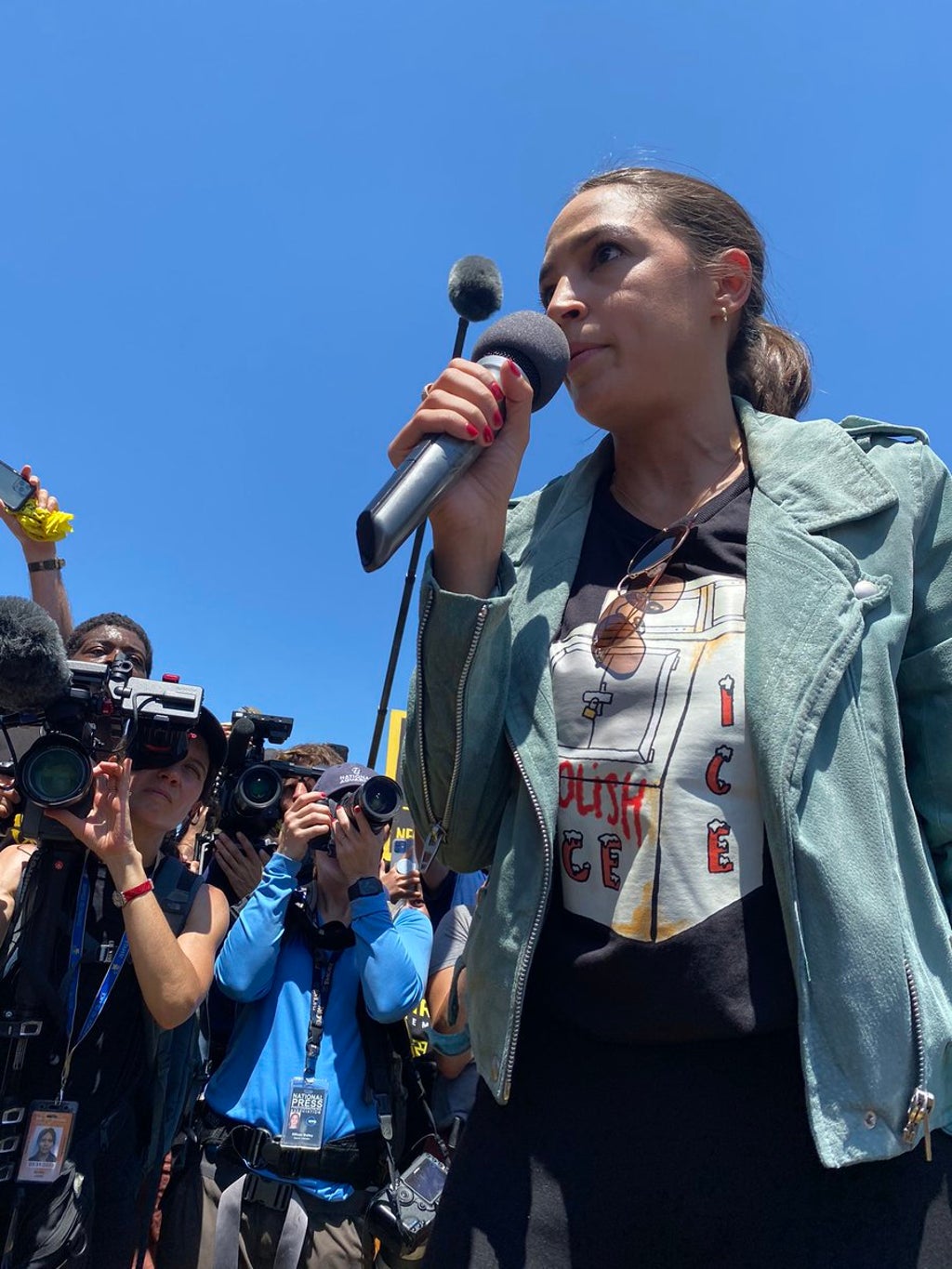 Major progressive groups are hosting a pair of rallies in Washington DC as pressure builds on the left for the White House and congressional Democrats to take bolder action on the climate crisis in two infrastructure bills up for debate in the coming weeks.

The youth-led Sunrise Movement brought its supporters outside the White House on Monday as the president’s team touted a bipartisan infrastructure agreement with several GOP senators, calling the deal a step back from what President Joe Biden promised during his 2020 campaign.

Chants of “shut it down” were heard as activists formed a blockade in front of an entrance to the White House, with the organization vowing on social media that their activists would remain until Mr Biden vowed to include funding for a “civilian climate corps.” in the infrastructure packages being considered by Congress.

“We made it clear the first time @POTUS, you’re going to hear our demands, whether we’re inside or outside of the White House. You haven’t responded. Now we’re back to make sure you understand us clearly: It’s #NoClimateNoDeal and No Compromises, No Excuses,” the organization said on Twitter.

White House press secretary Jen Psaki responded to questions about the Sunrise Movement’s demonstrations at Monday’s press briefing, disputing the notion that the bipartisan infrastructure framework did not adequately address climate change: “I would dispute the notion that it doesn’t do anything for climate, which some are arguing”.

The prominence of Monday’s protests were only amplified by the attendance of several progressive members of Congress including congresswoman Alexandria Ocasio-Cortez as well as her new freshman allies, Jamaal Bowman and Cori Bush.

“They occupy our streets. They mass incarcerate us, but they leave us food insecure, in transportation deserts, and our buildings and schools falling apart. Fuck that!” Mr Bowman exclaimed, addressing demonstrators.

Rep. Jamaal Bowman: “They occupy our streets. They mass incarcerate us, but they leave us food insecure, in transportation deserts, and our buildings and schools falling apart. Fuck that!” pic.twitter.com/knp1RyzM99

More members of the Democratic Party’s left wing are expected to attend a second demonstration on the National Mall on Tuesday, when the Bernie Sanders-created Our Revolution hosts an event alongside Greenpeace, Food and Water Watch, and other groups demanding that the infrastructure plan deliver on a major progressive ask: An end to federal fossil fuel subsidies.

Among the congressional Democrats expected to attend Tuesday’s event include Ilhan Omar, Ro Khanna, Nanette Barragan and Earl Blumenauer, according to a press advisory.

In a statement to The Independent, Our Revolution’s executive director indicated that climate could be the first issue on which the left truly flexes its political muscle to demand concessions from the White House and congressional moderates.

“As discussions around infrastructure and budget reconciliation heat up, we are going to make our voice heard — one red line for progressives is making sure we end fossil fuel subsidies, period,” said Joseph Geevarghese.

“For far too long, the federal government has provided subsidies to oil and gas companies that no other industry gets while polluting our air and water and damaging the health of our children. We must stop taxpayer dollars from contributing to the destruction of our health and our planet, that is what tomorrow’s demonstration is all about.”